Originally published in the fall of 2016, this was the first magazine created by the Talisman after their transition from yearbook to lifestyle magazine. The theme for the first edition of the Talisman magazine was Identity. "First published in 1924, the Talisman was WKU's yearbook, and it documented the history of the university. We still want to serve the student body and live up to the legacy of the Talisman name, but we are transitioning to something new and unfamiliar. The new Talisman, like many other college students, is trying to find its identity." I was part of the design team (one of 2 designers on the first edition) and I created spreads about the WKU farm, South Korean transfer students, an all-black Greek fraternity, and celebrating the many ways that people worship. 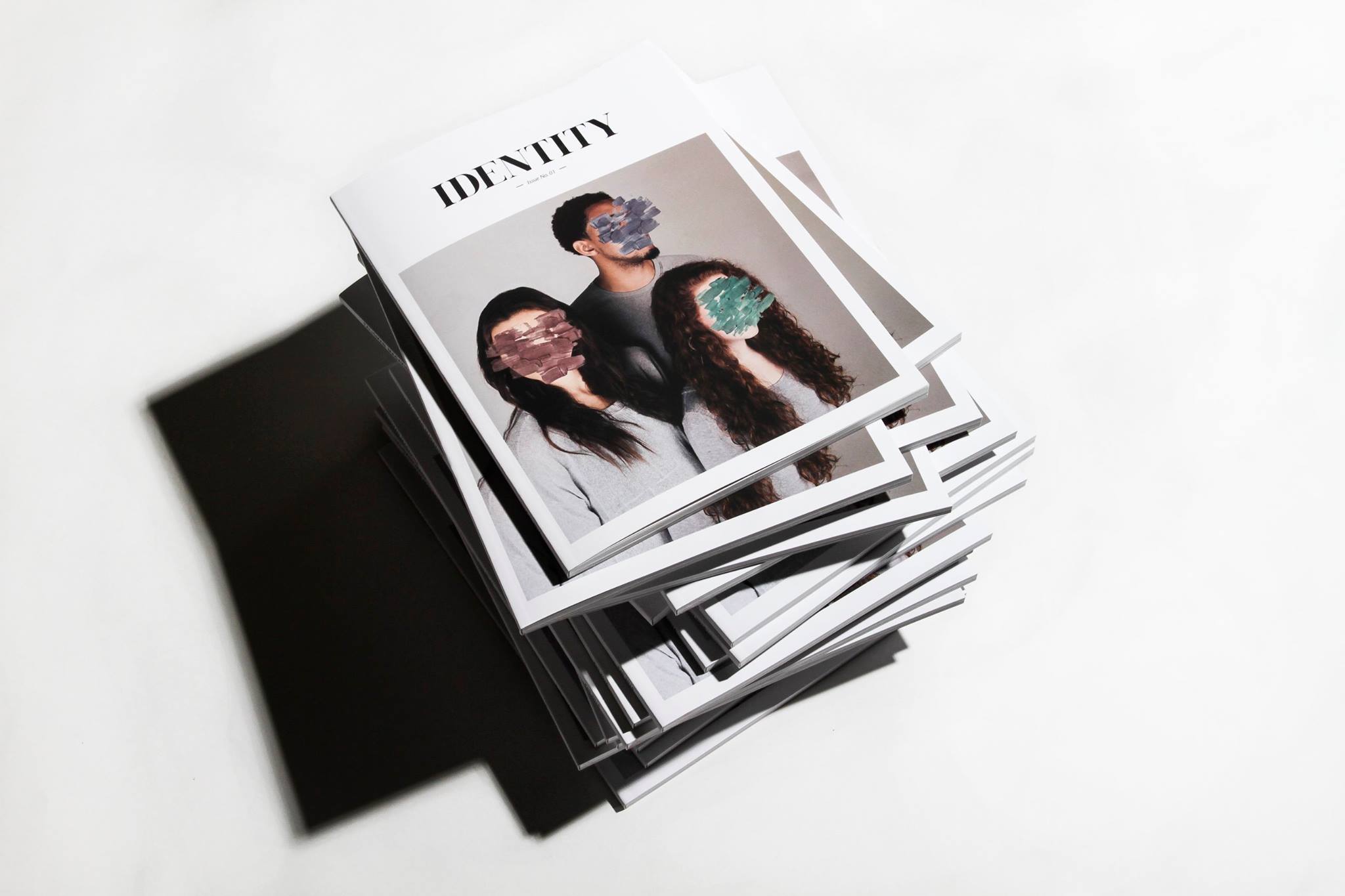 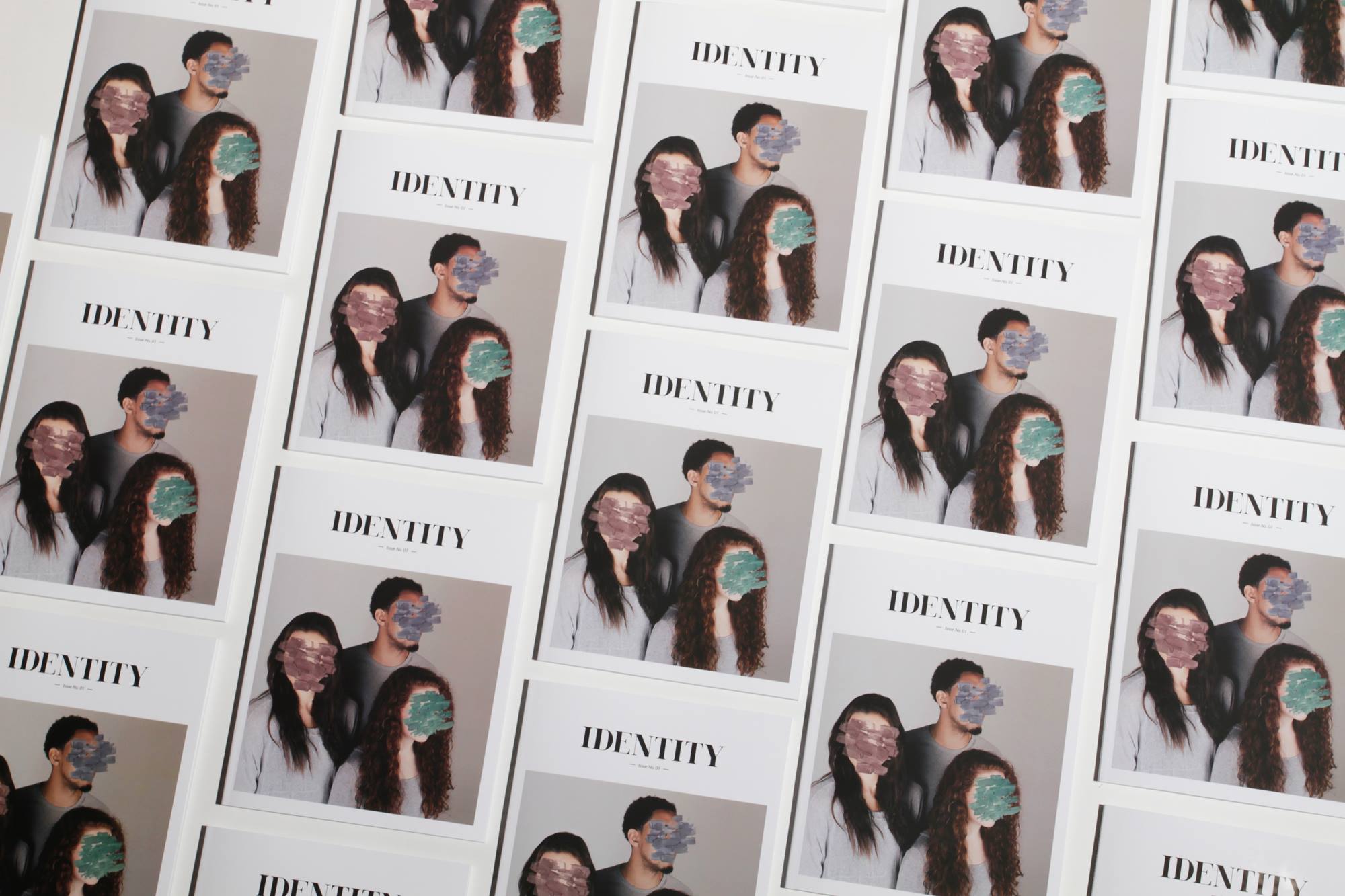 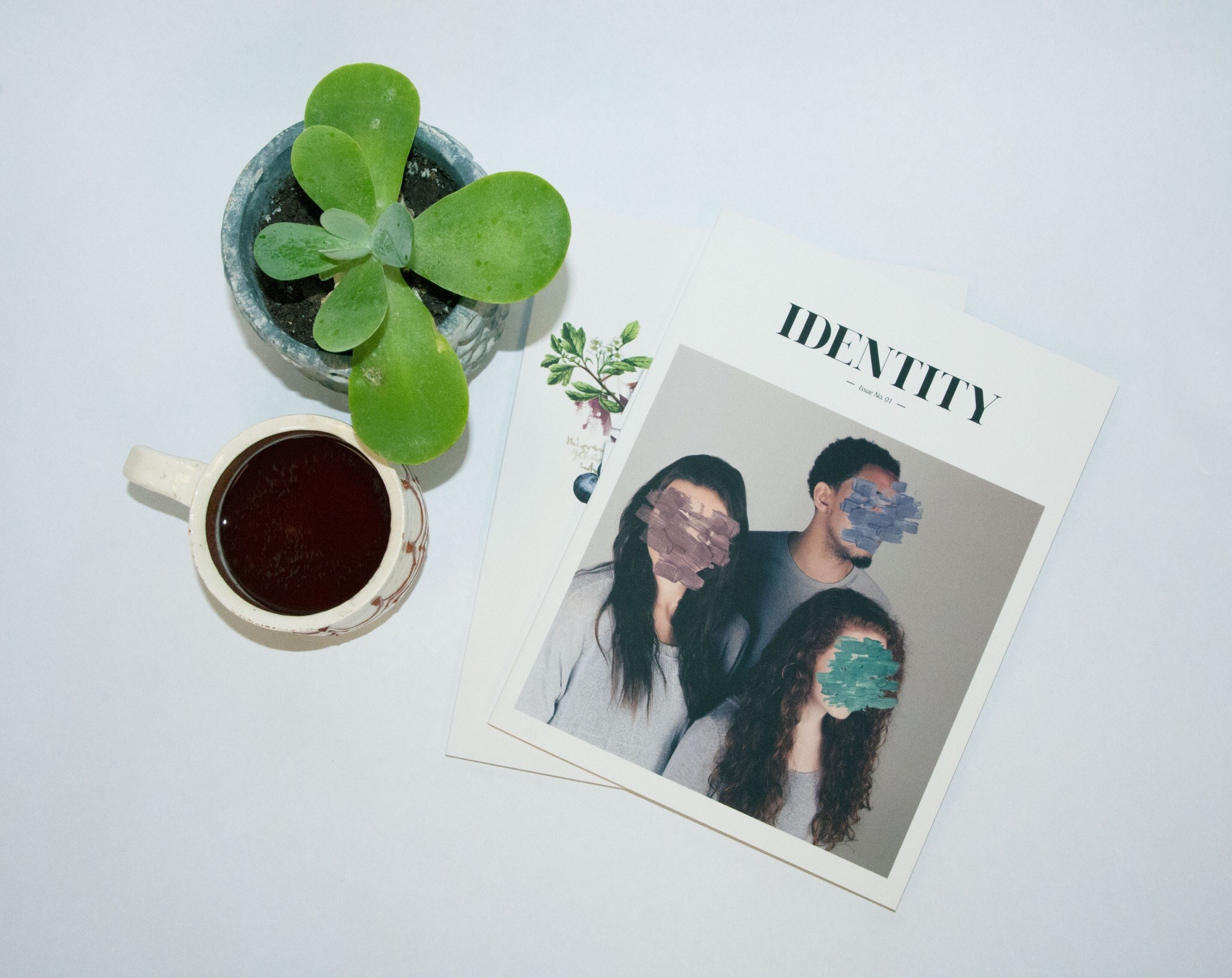 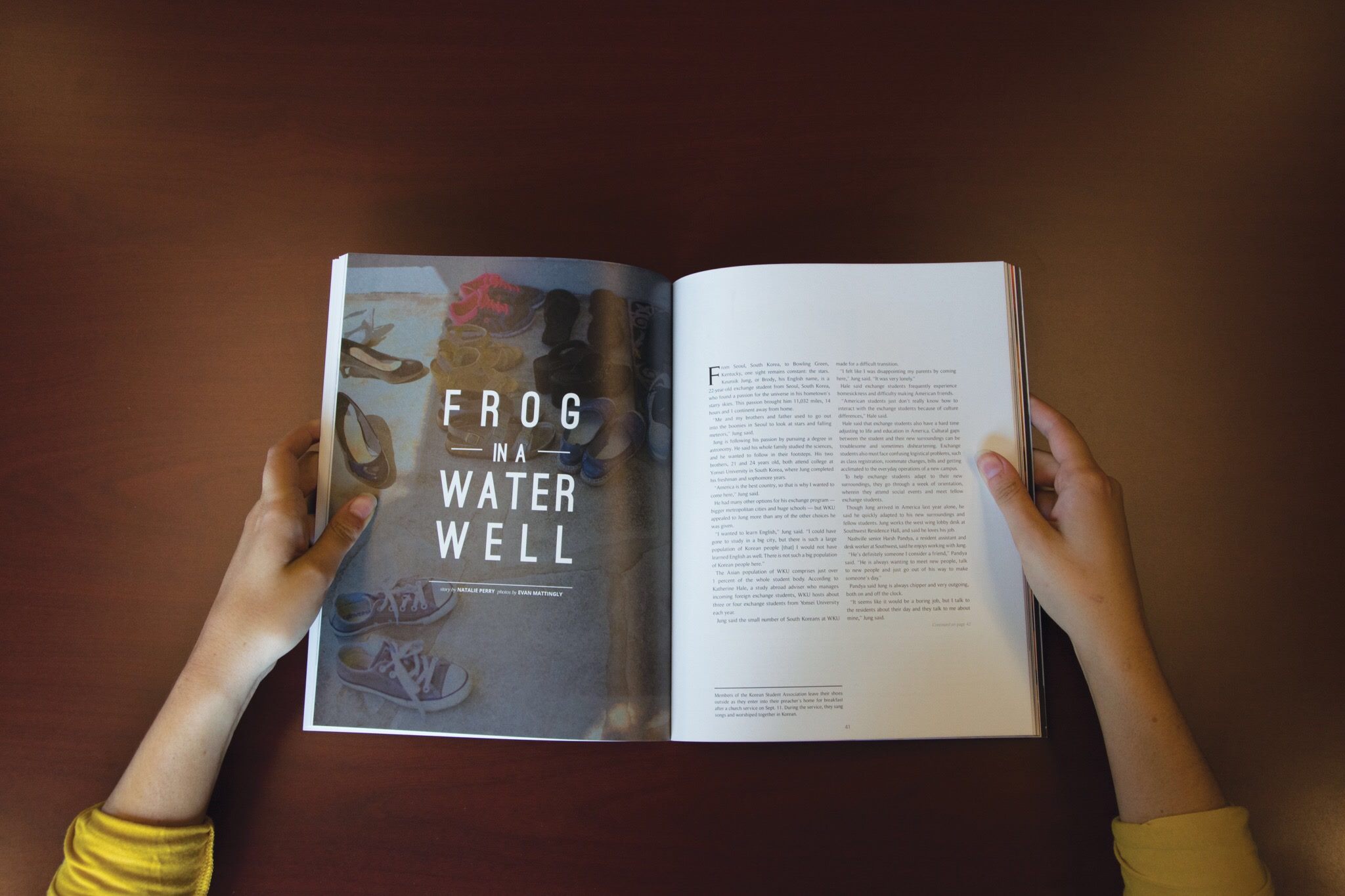 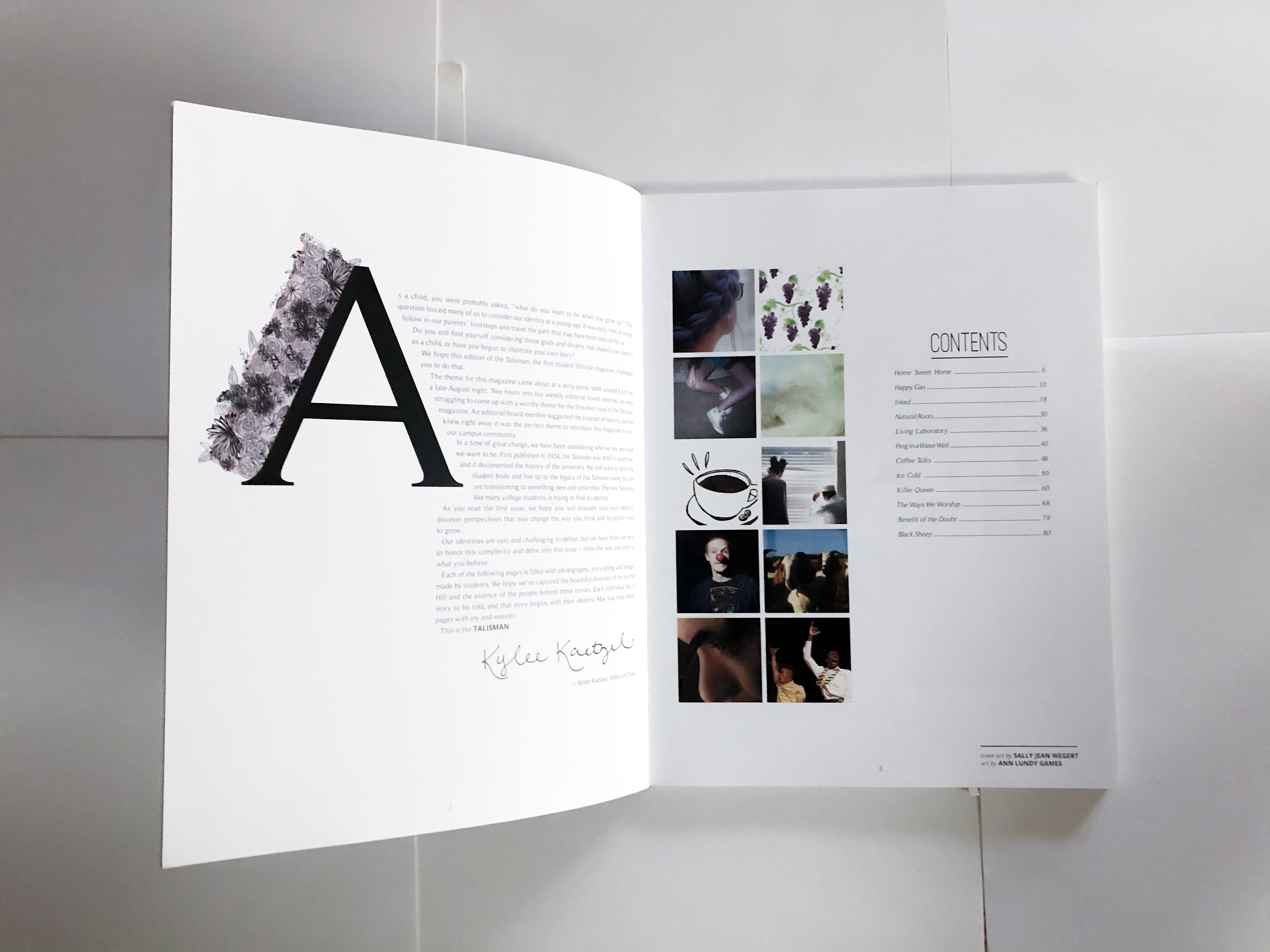 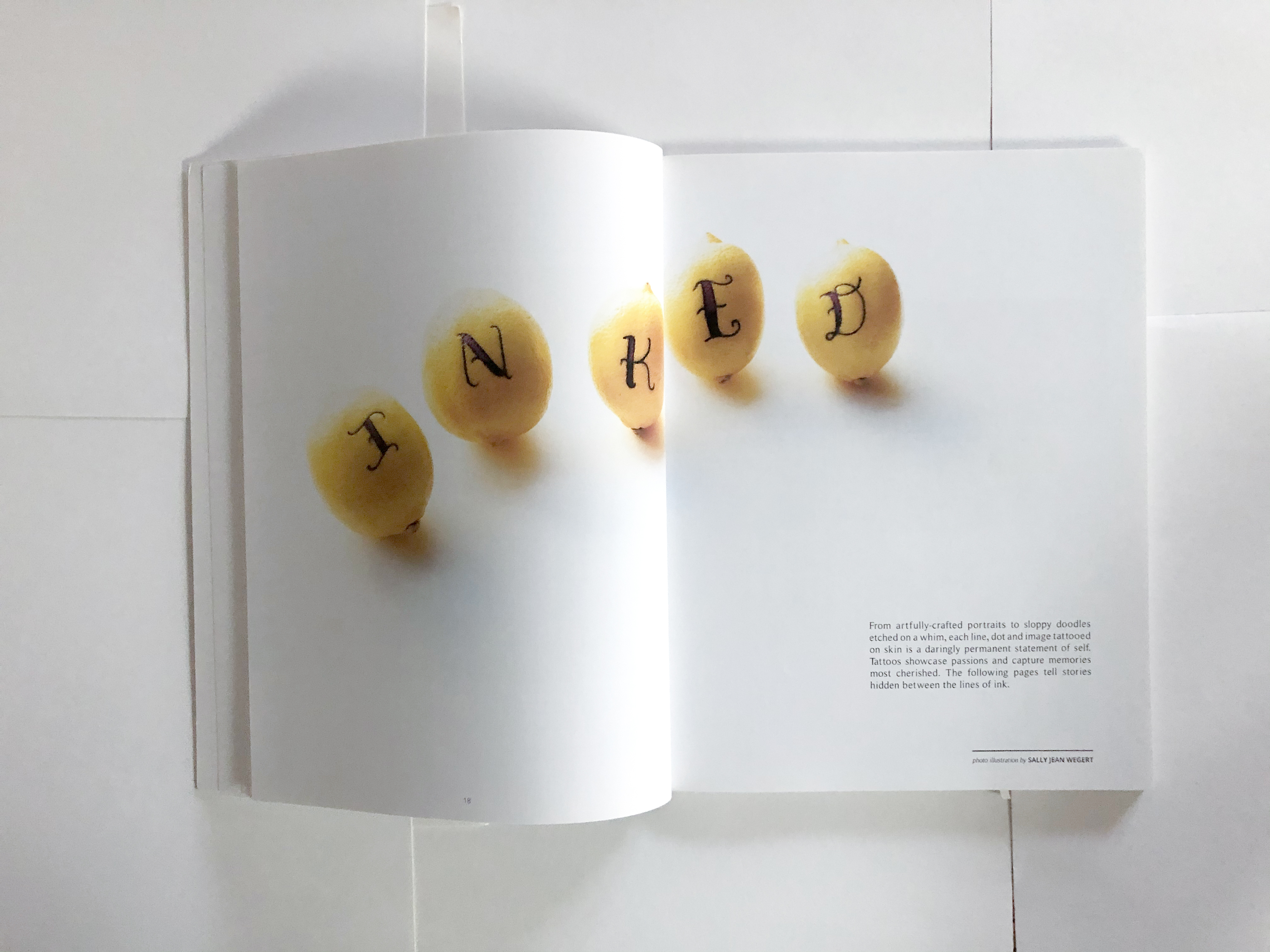 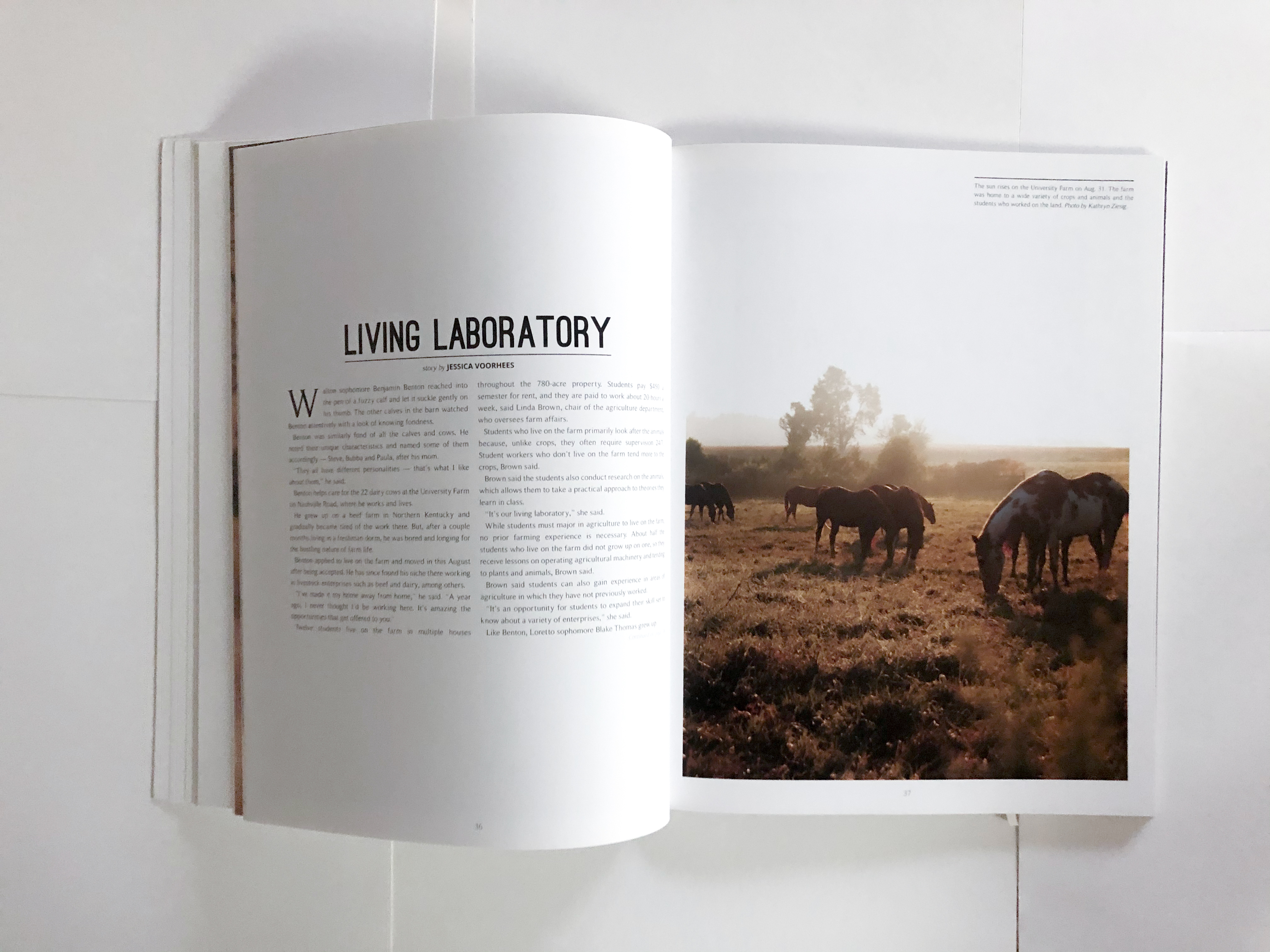 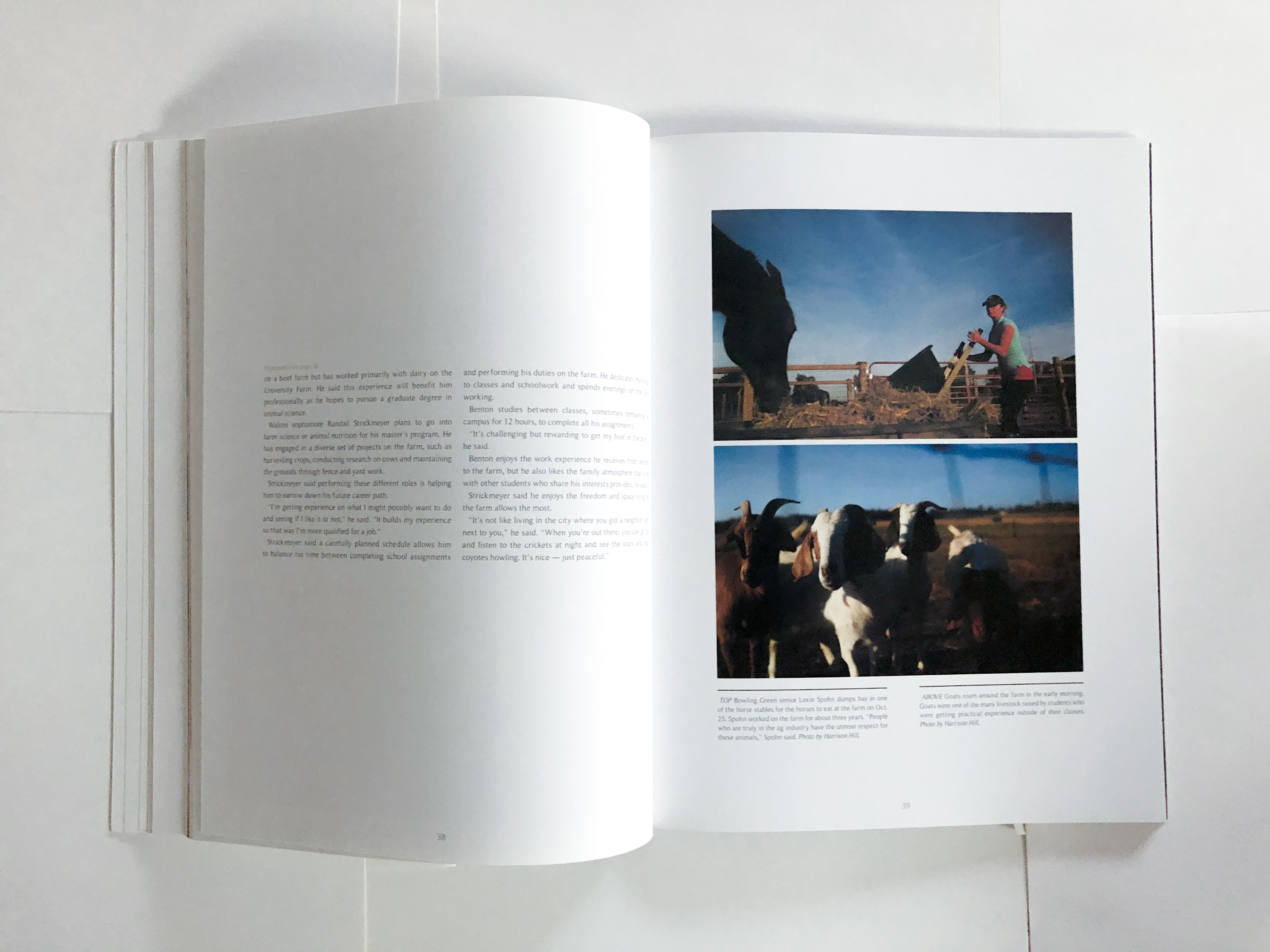 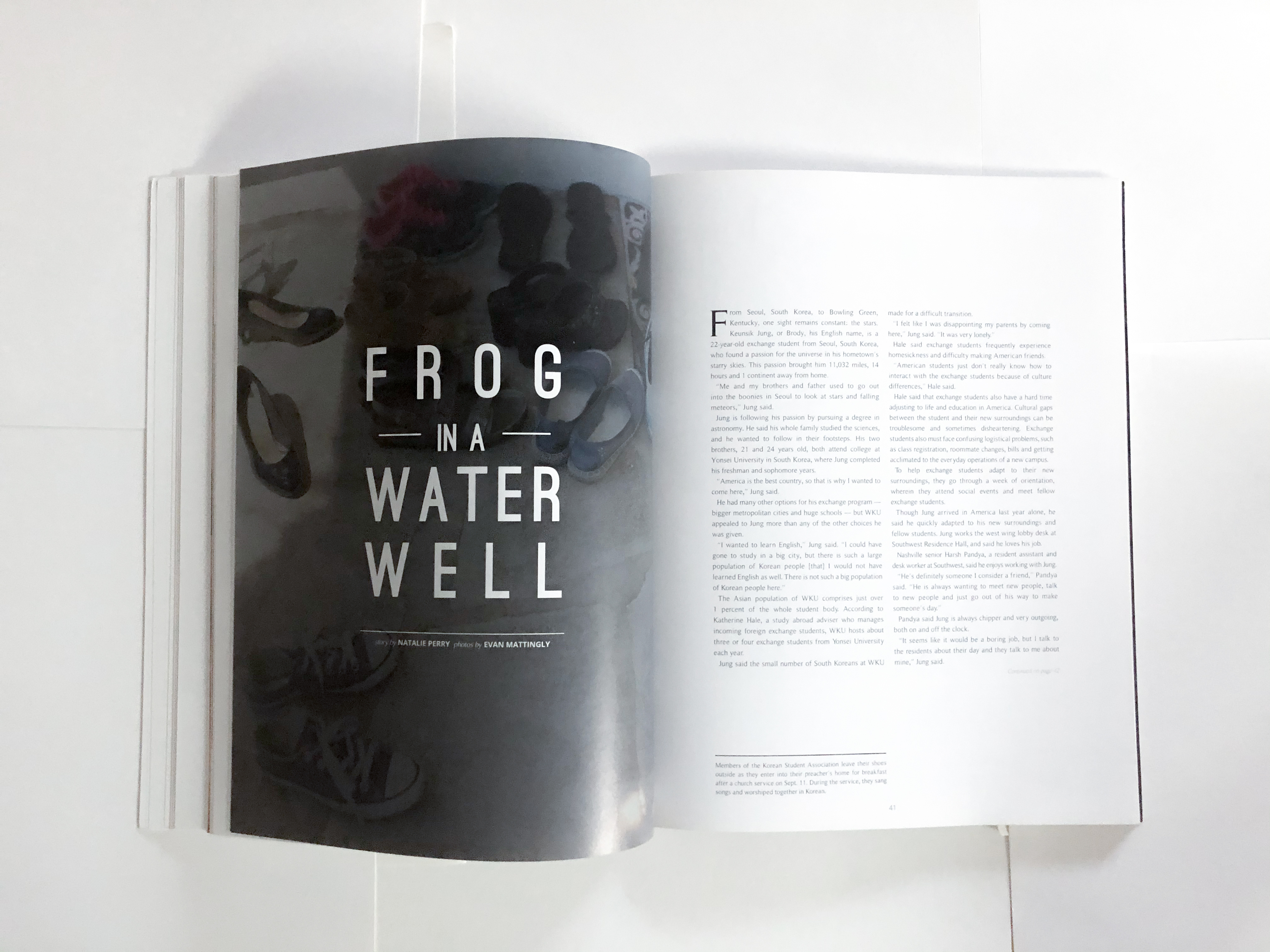 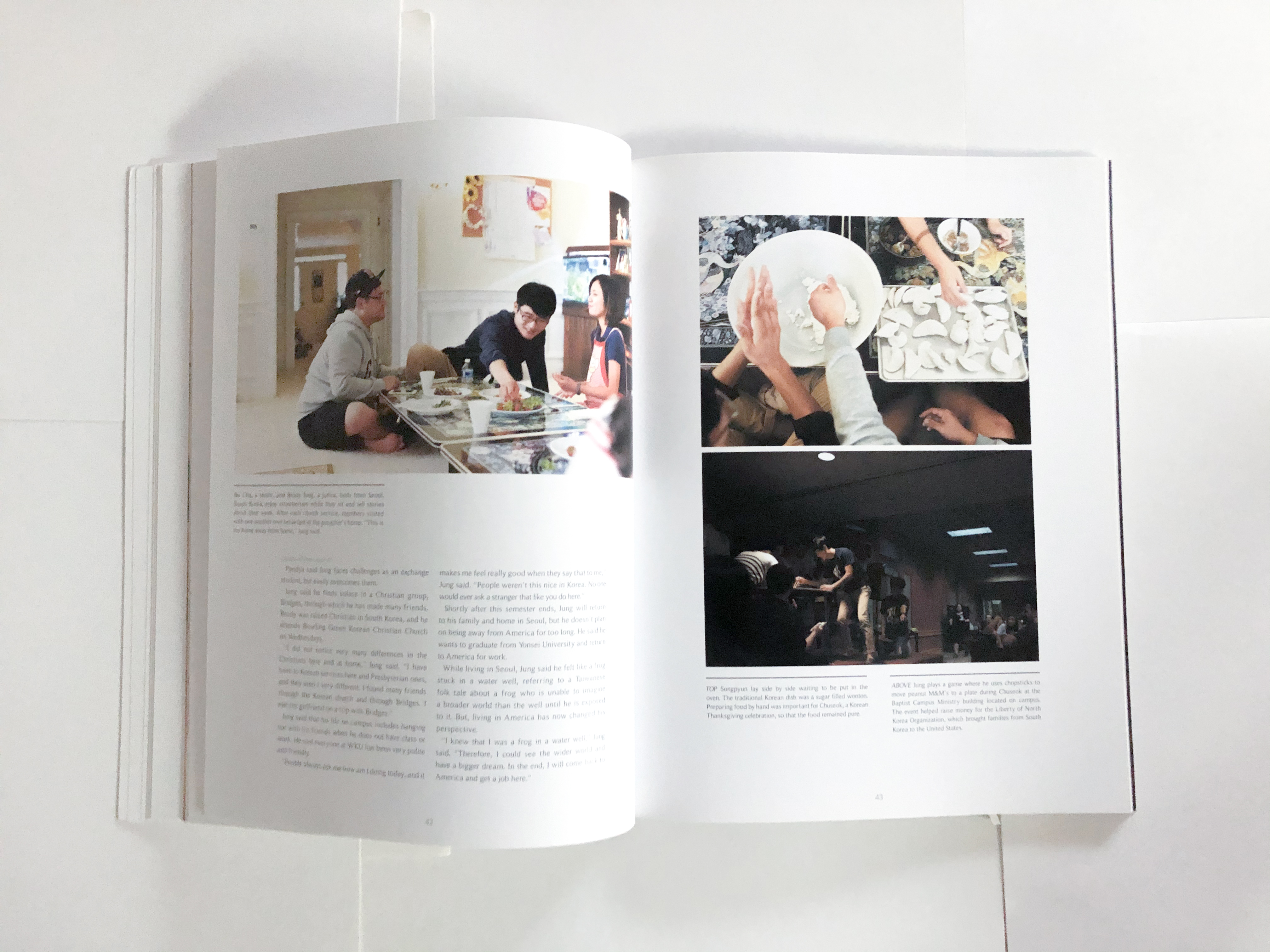 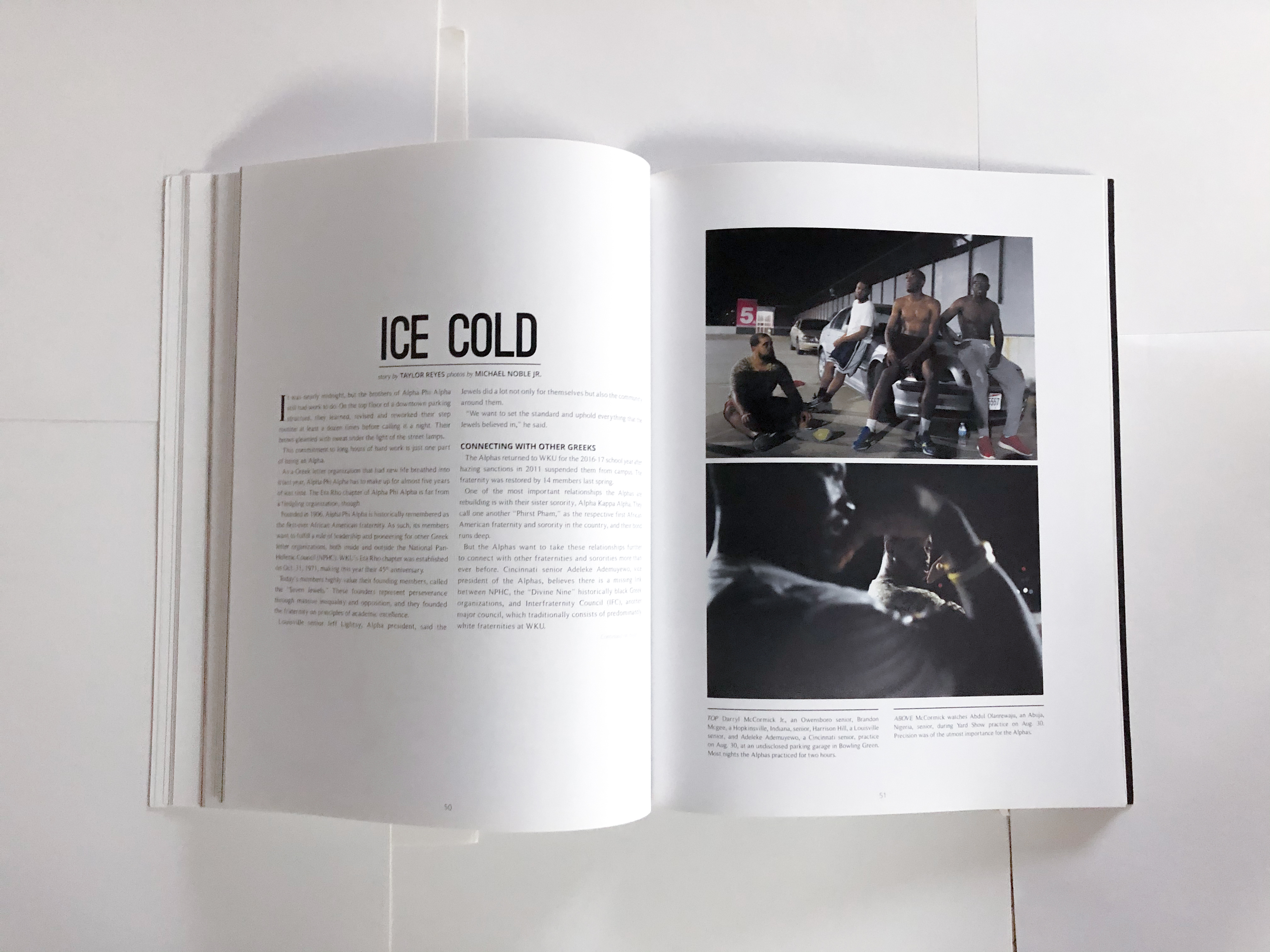 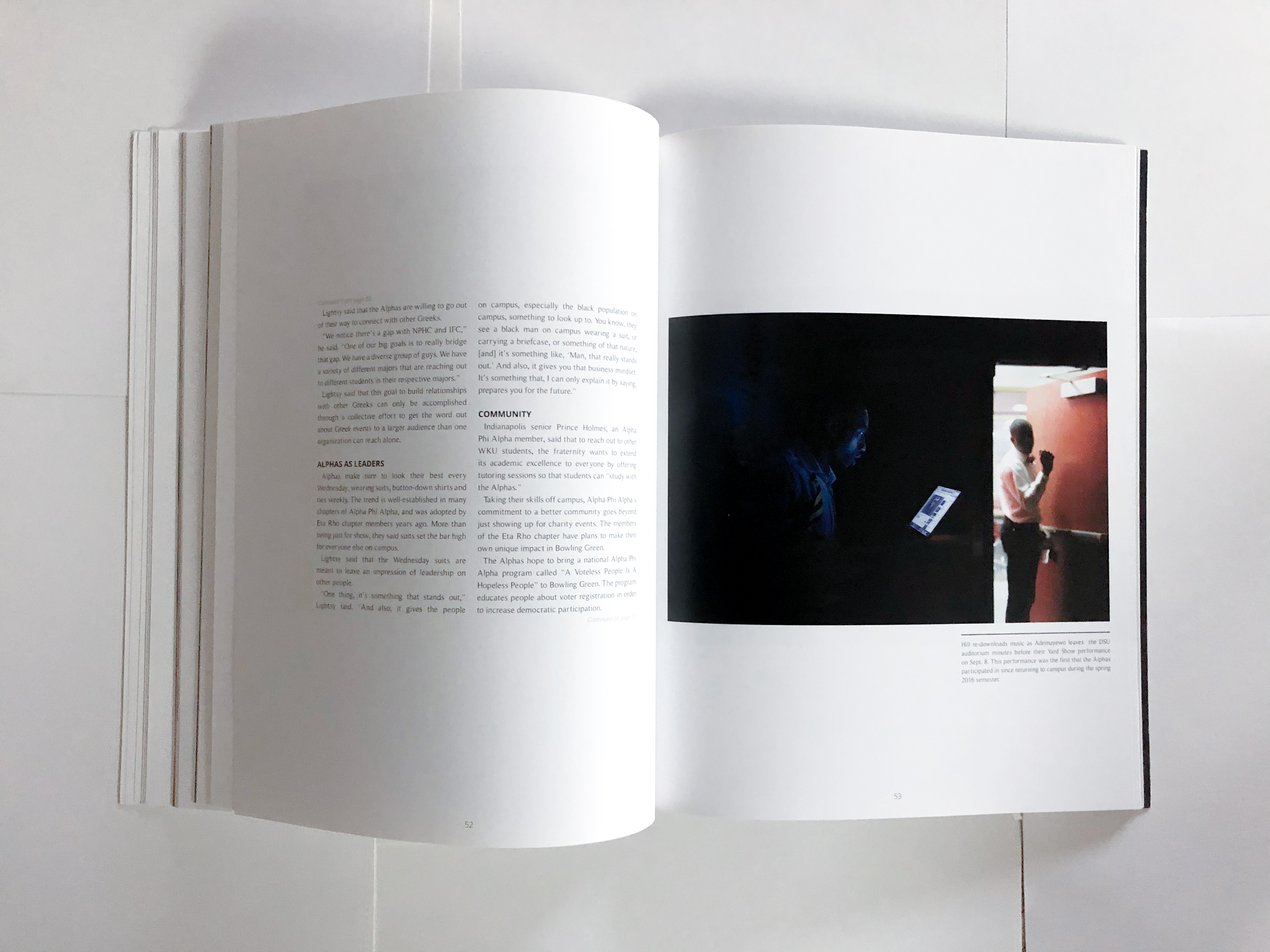 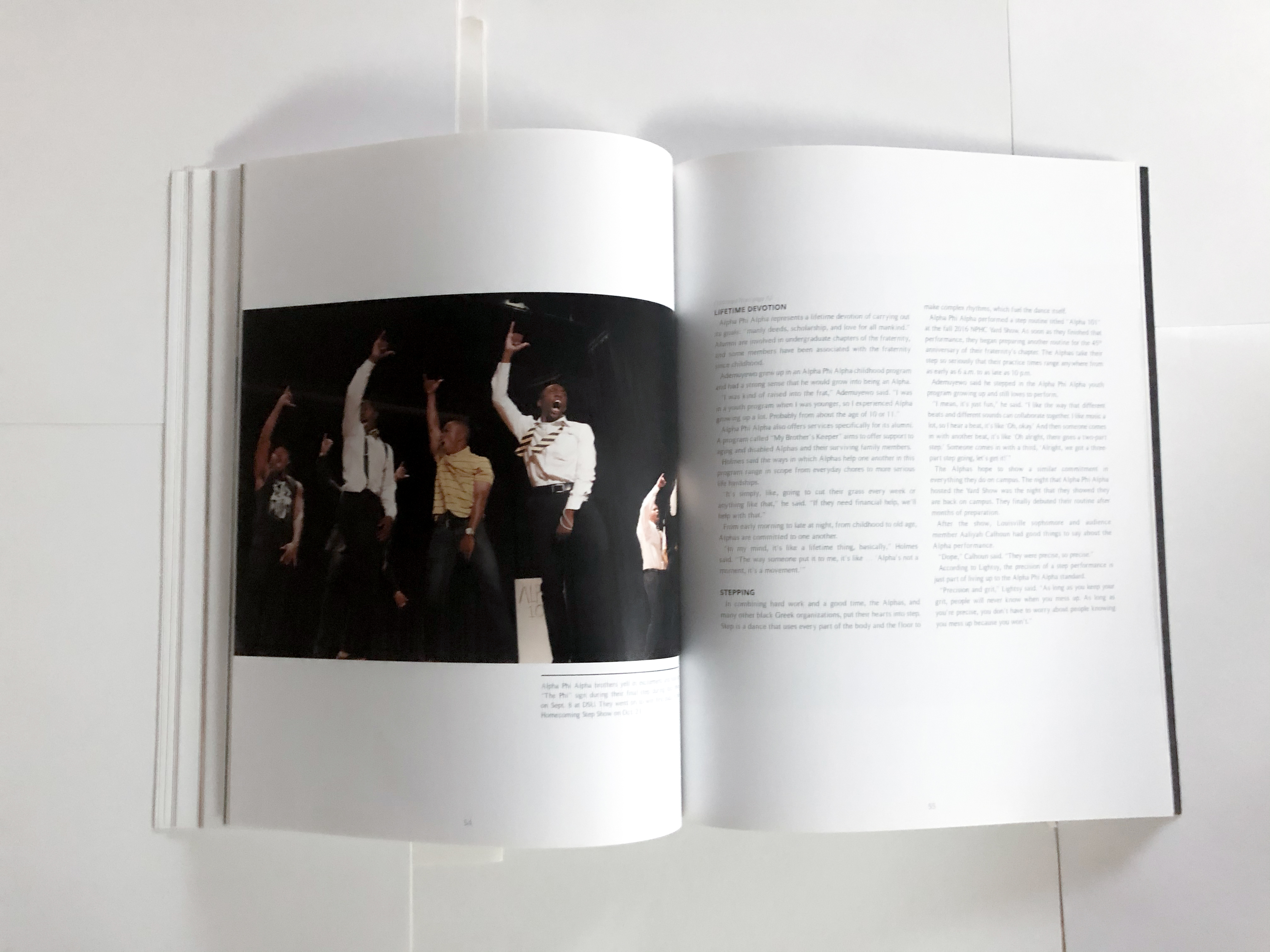 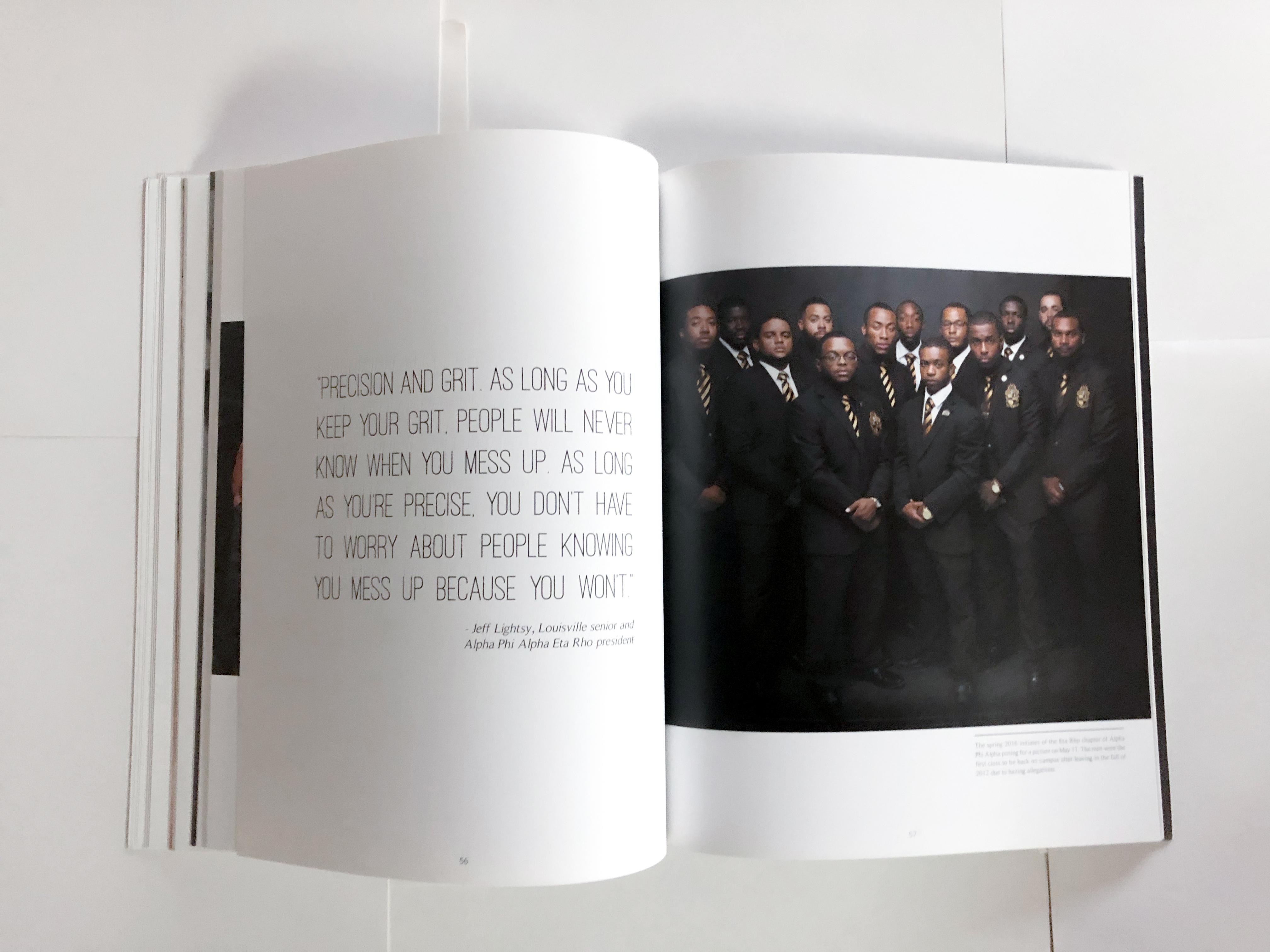 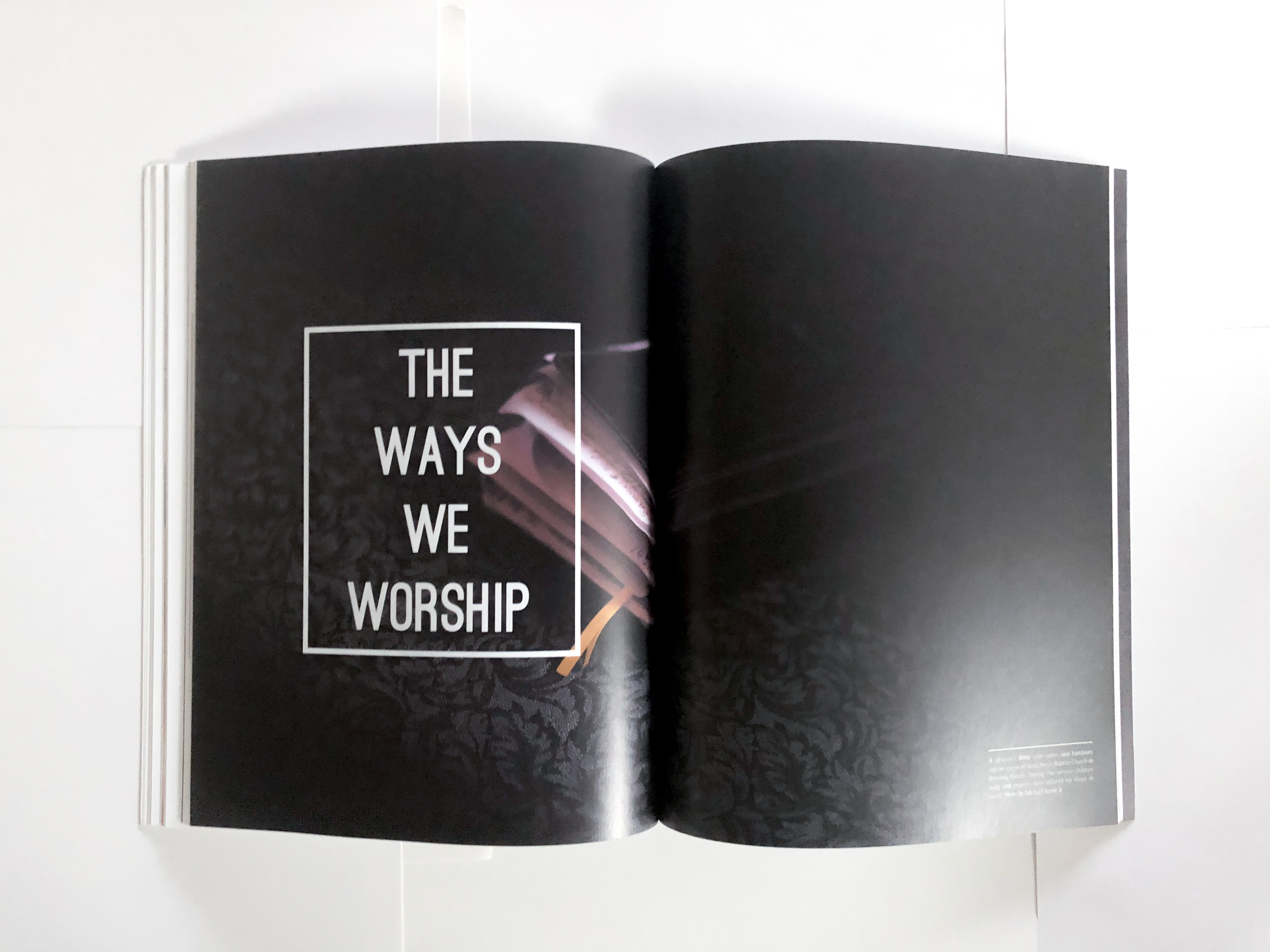 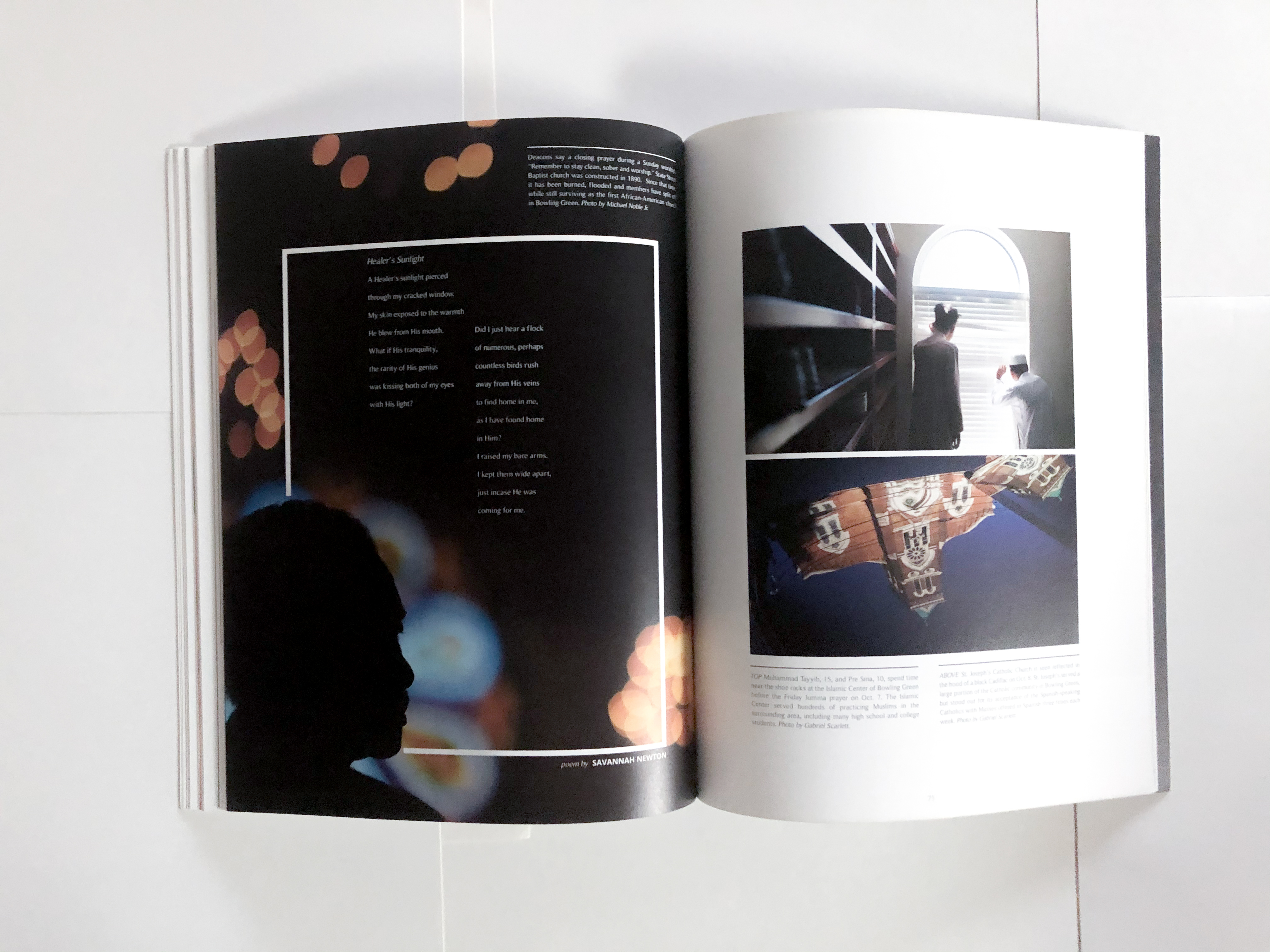 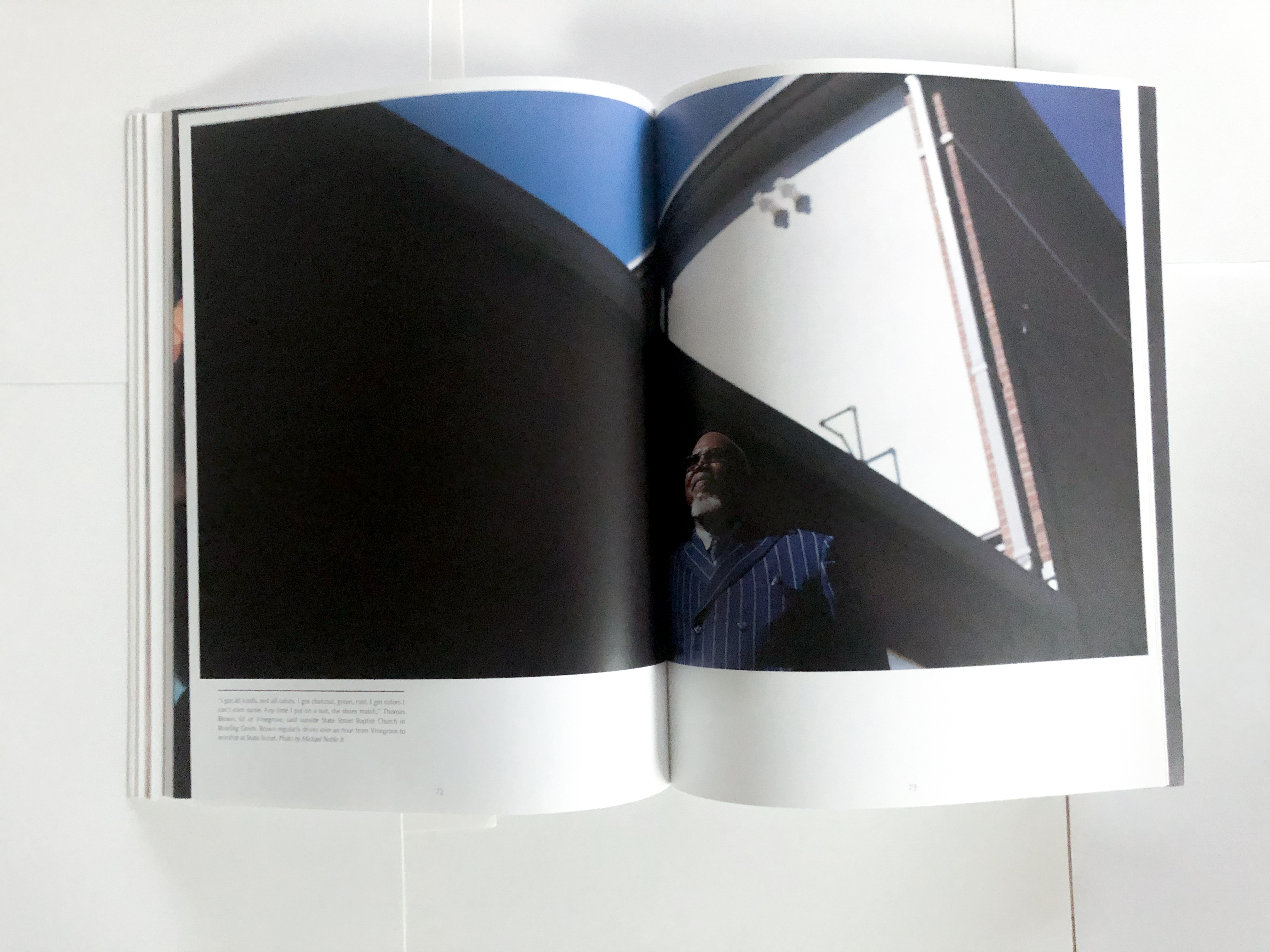 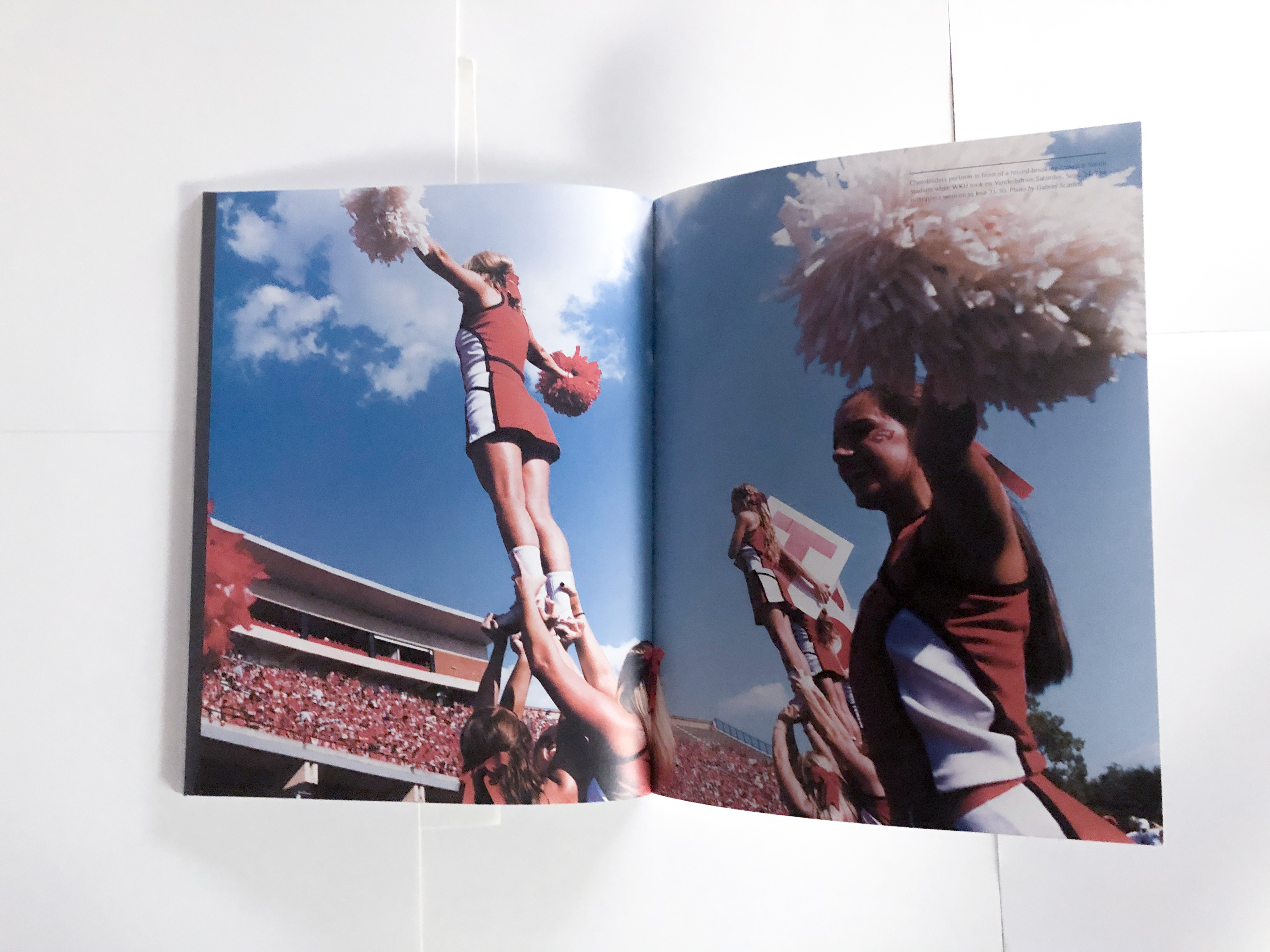