Originally published in the fall of 2017, this issue's central topic is Power. It features stories that speak about the many applications that power dynamics can have on the individual level all the way up to the highest of institutions. From literal interpretations of power through electricity and energy to the power struggles between people in power, it is all about control. "Power is about being able to control the world around us, to gain a specific outcome of a favorable reality." I was part of the design team working on spreads about Kentucky Coal Mines, a deaf WKU student fitting into the ASL community, a timeline showcasing a brief look at black history on the hill, and the transfer of power between former WKU President Gary Ransdell and current WKU president Timothy Caboni. 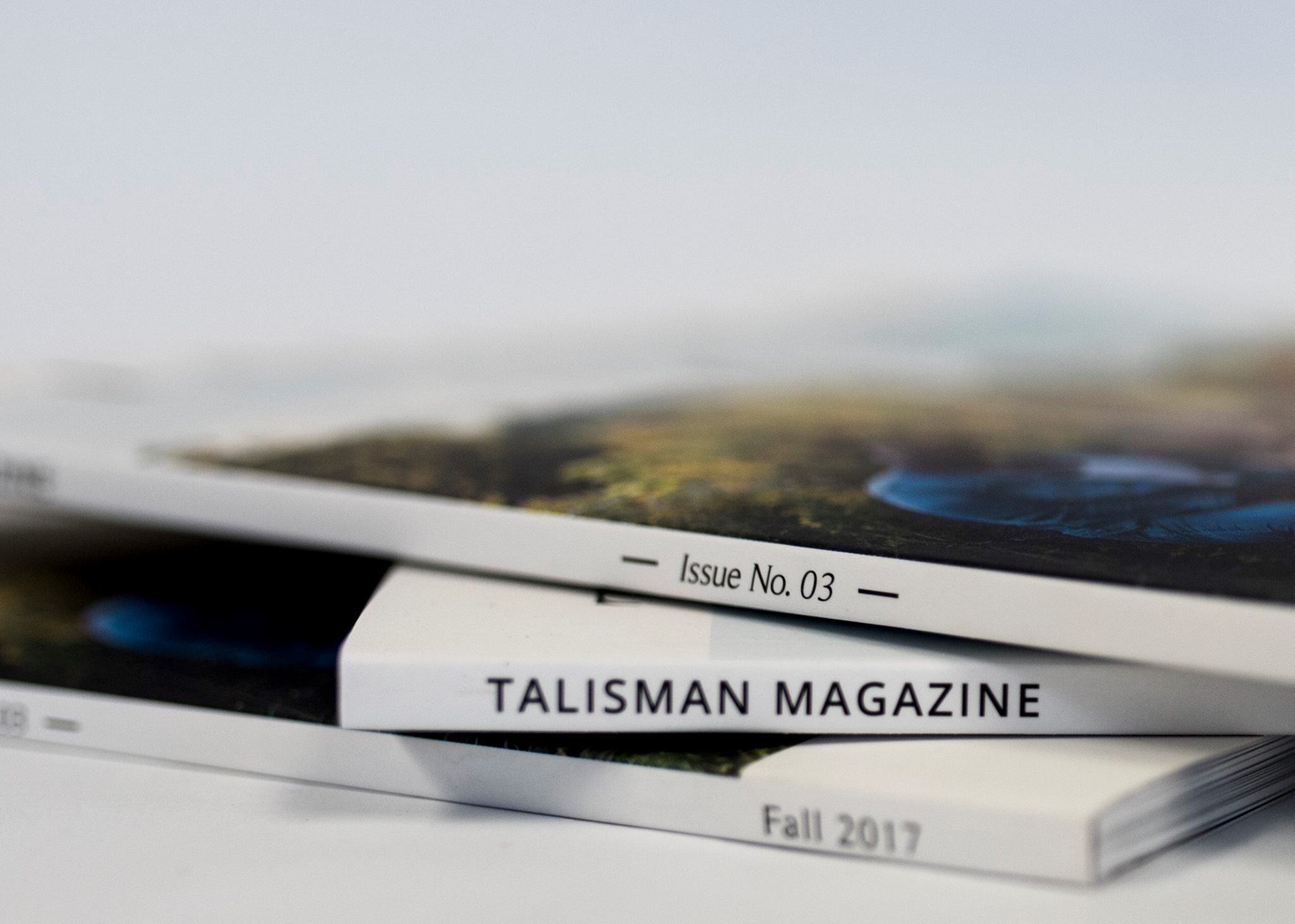 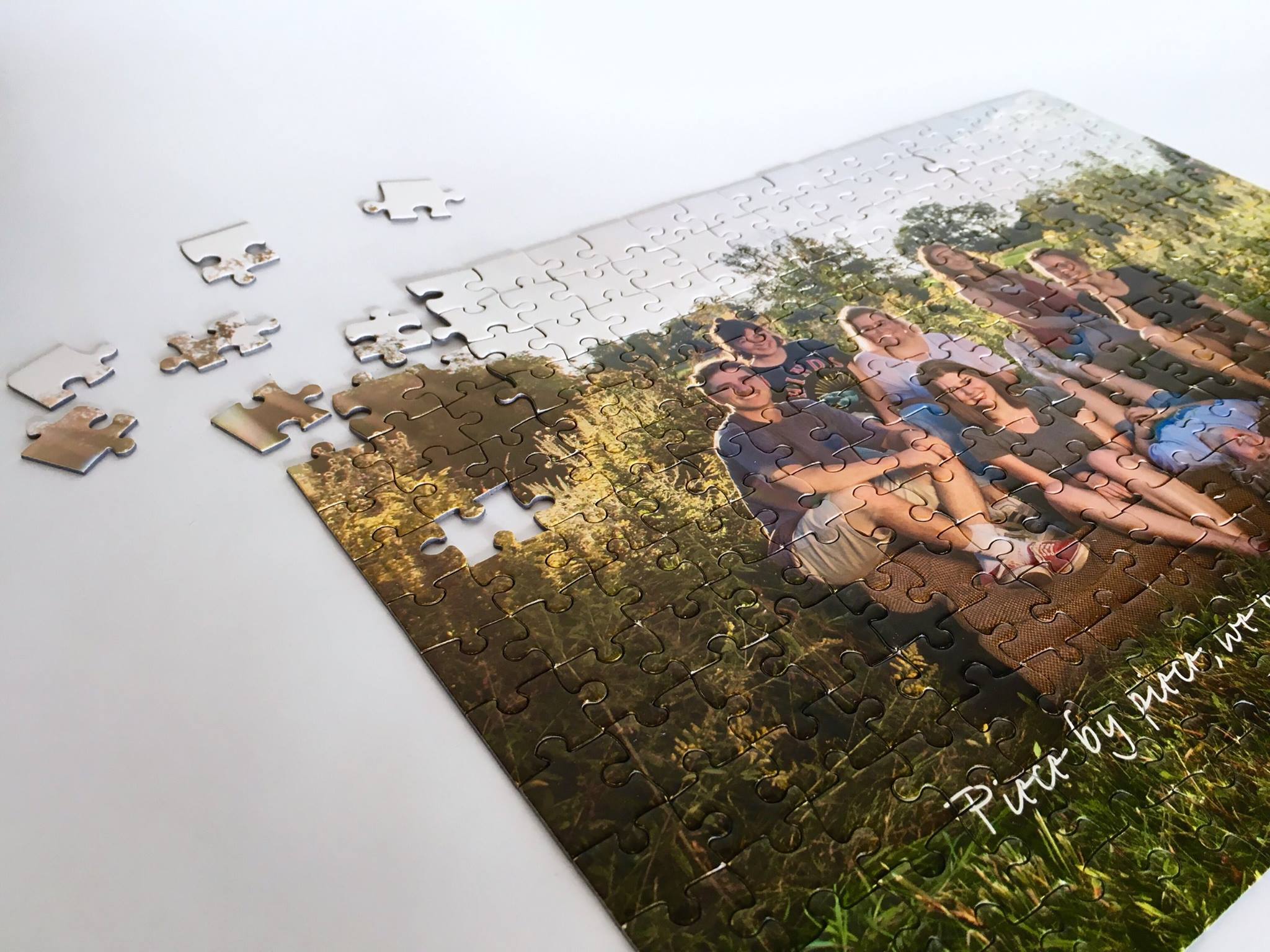 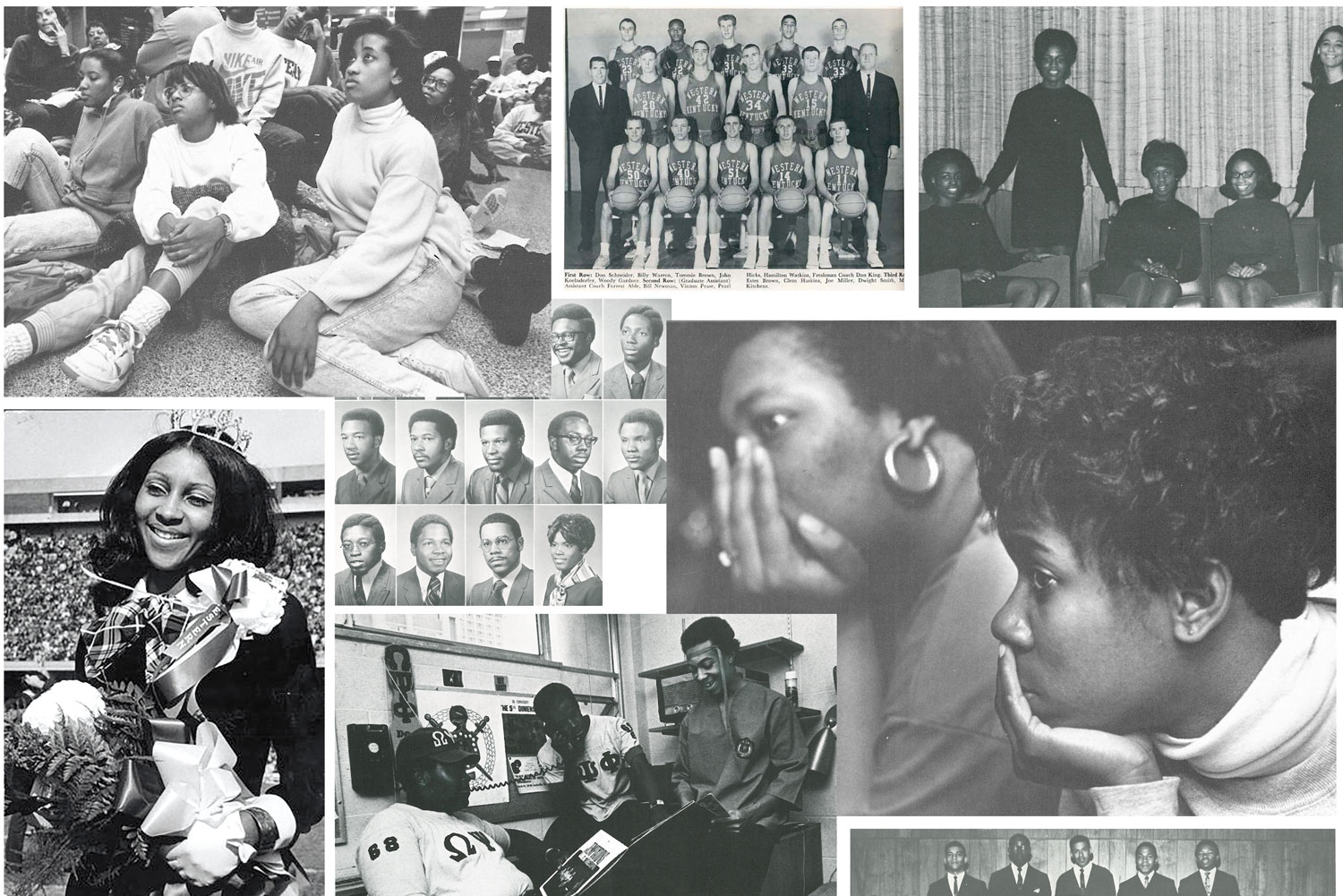 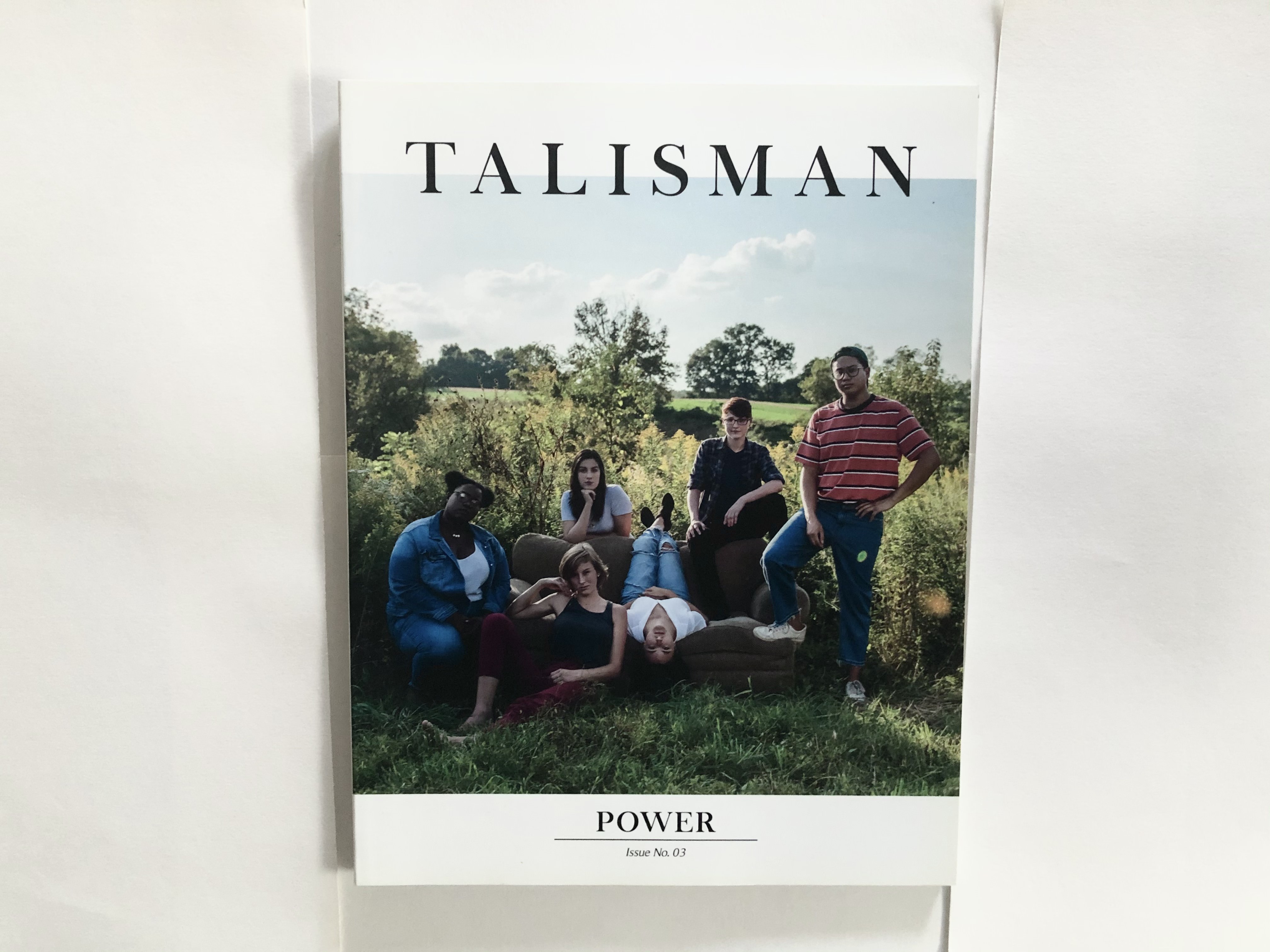 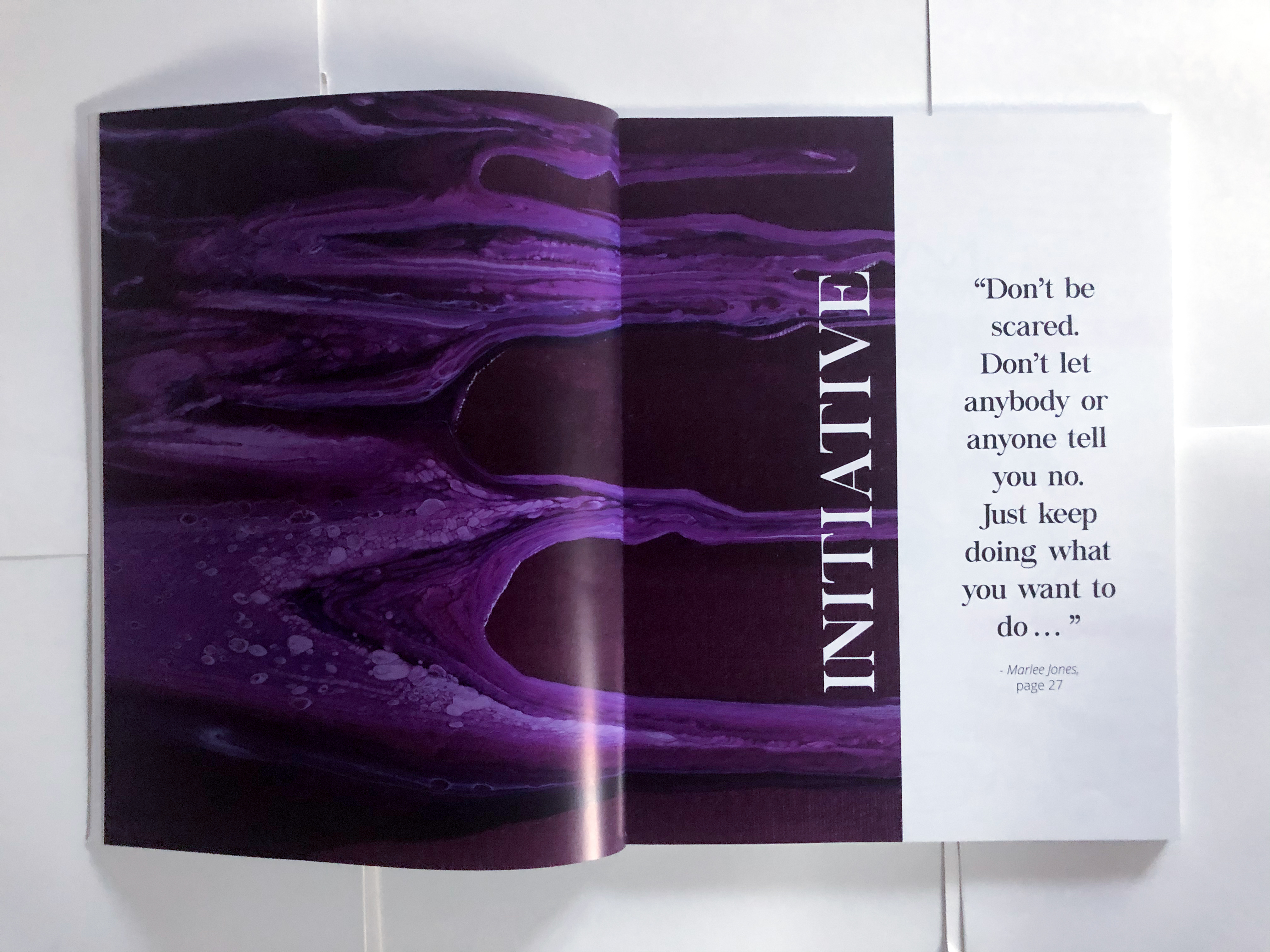 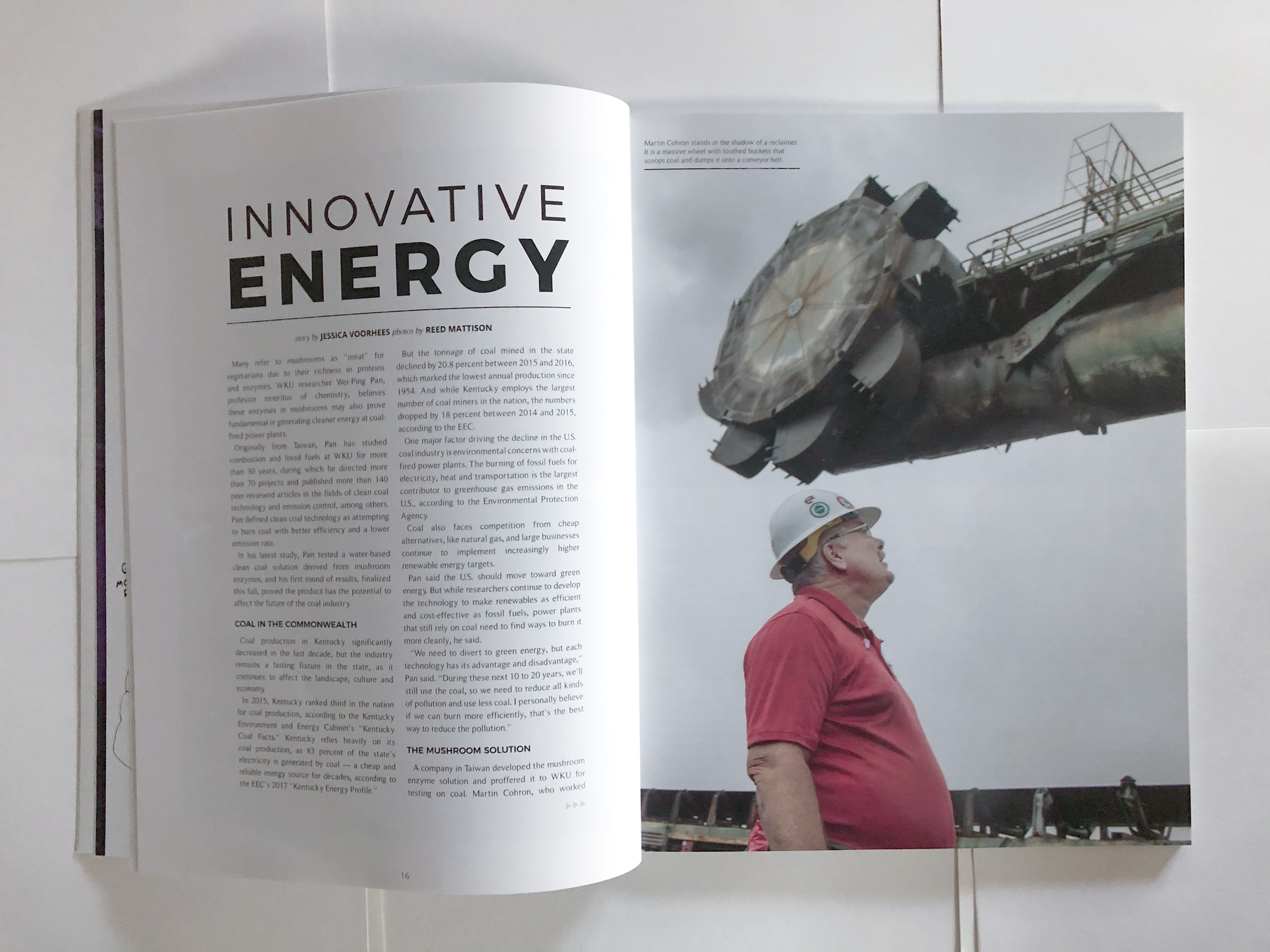 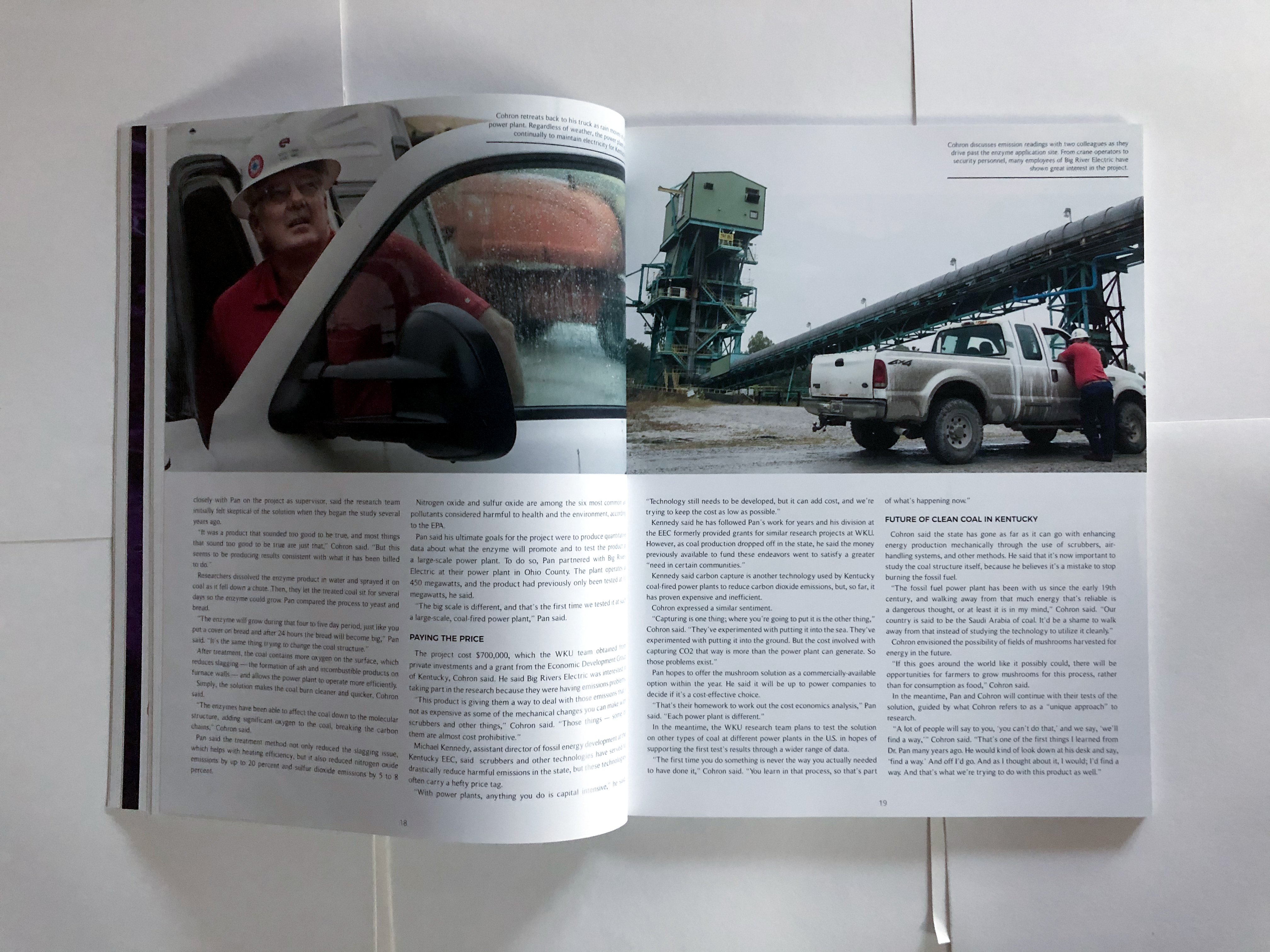 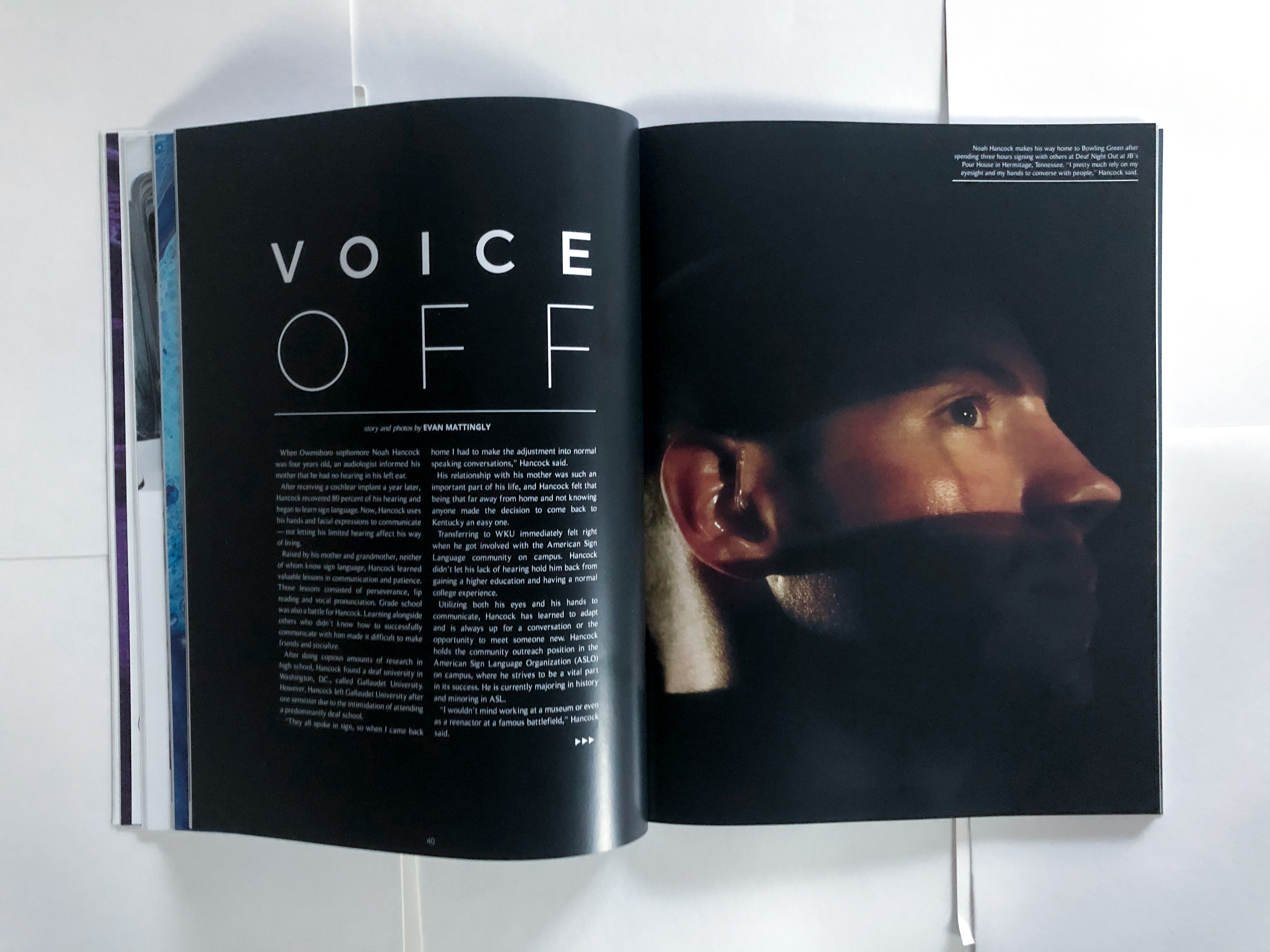 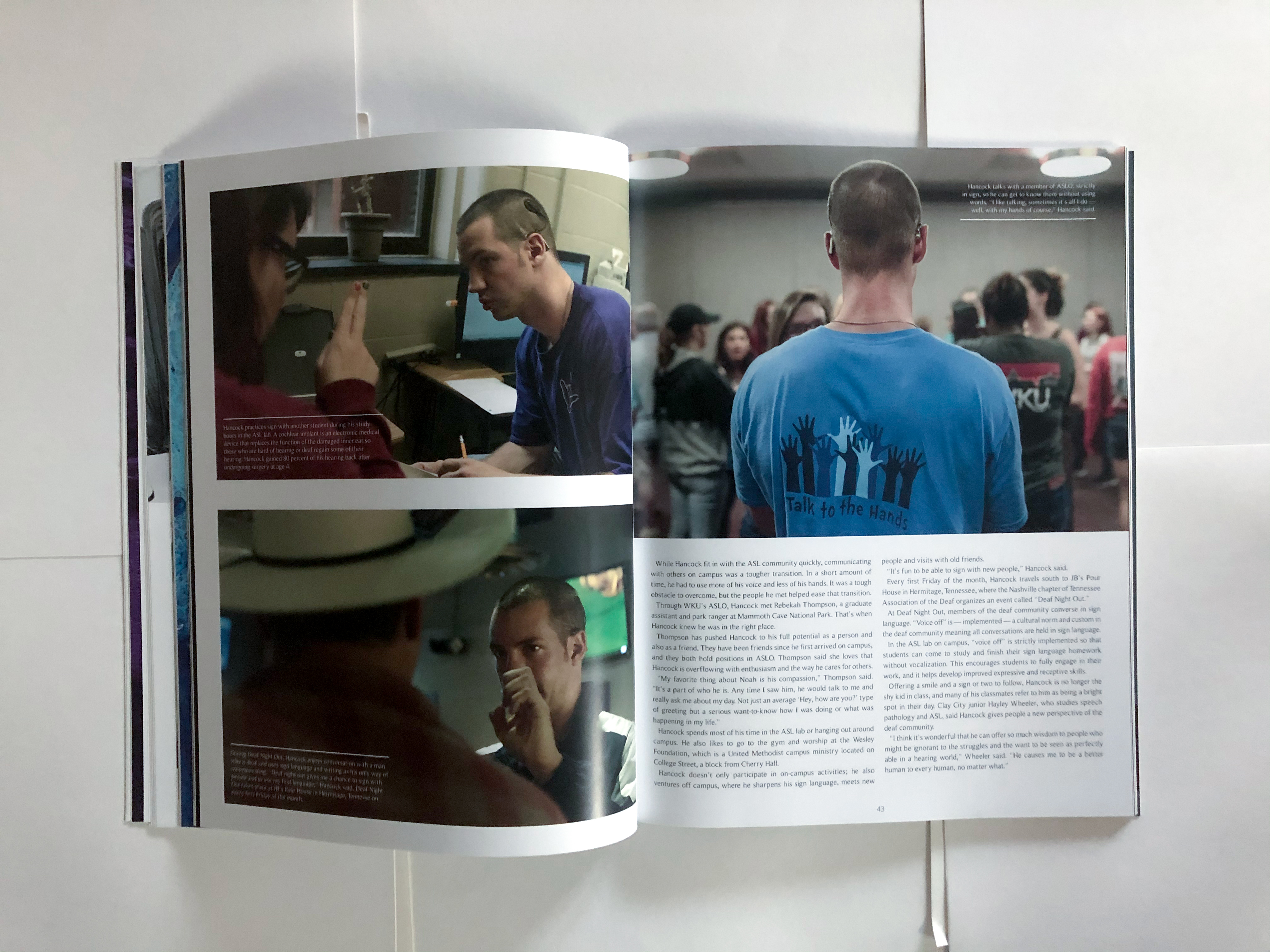 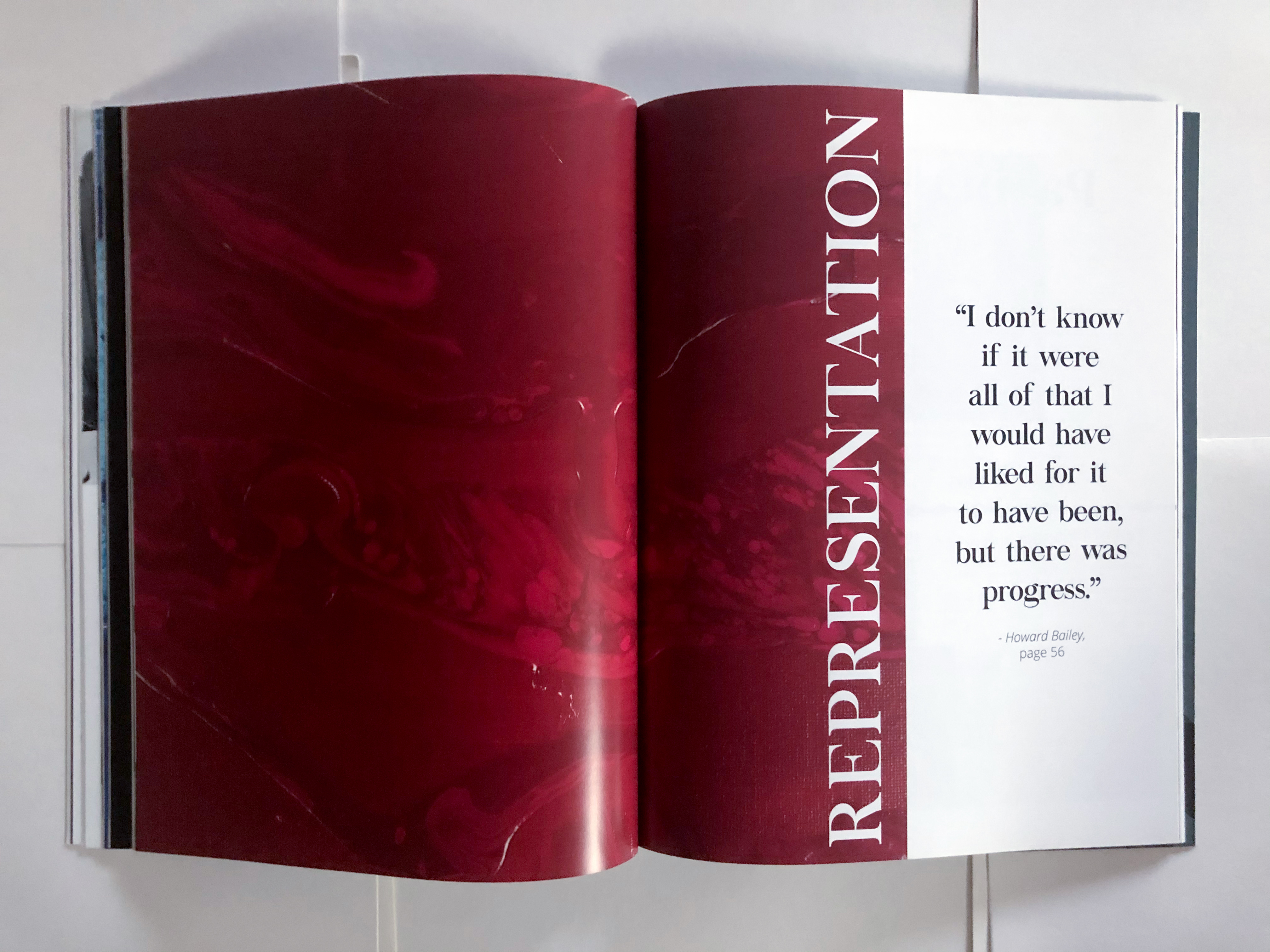 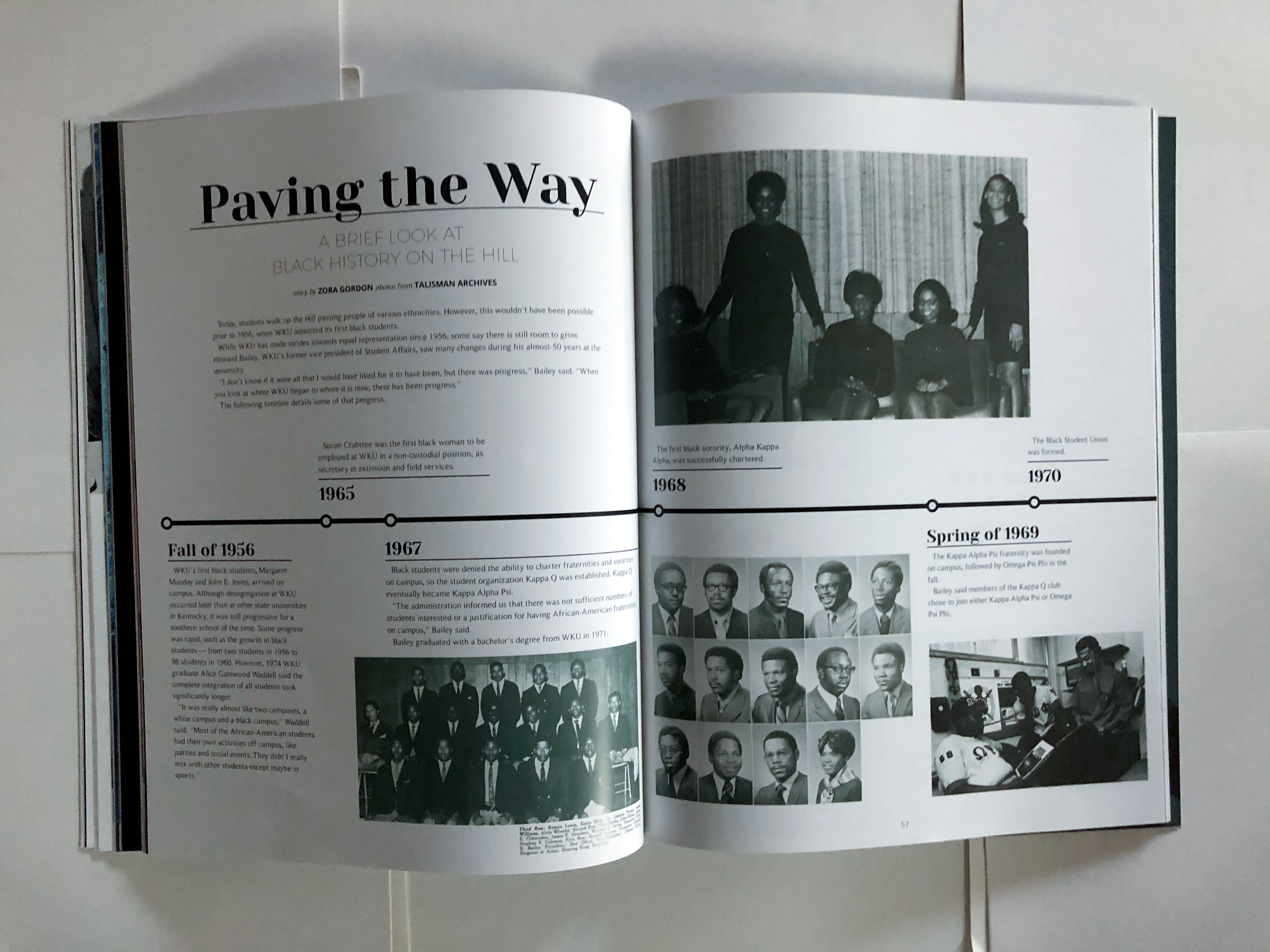 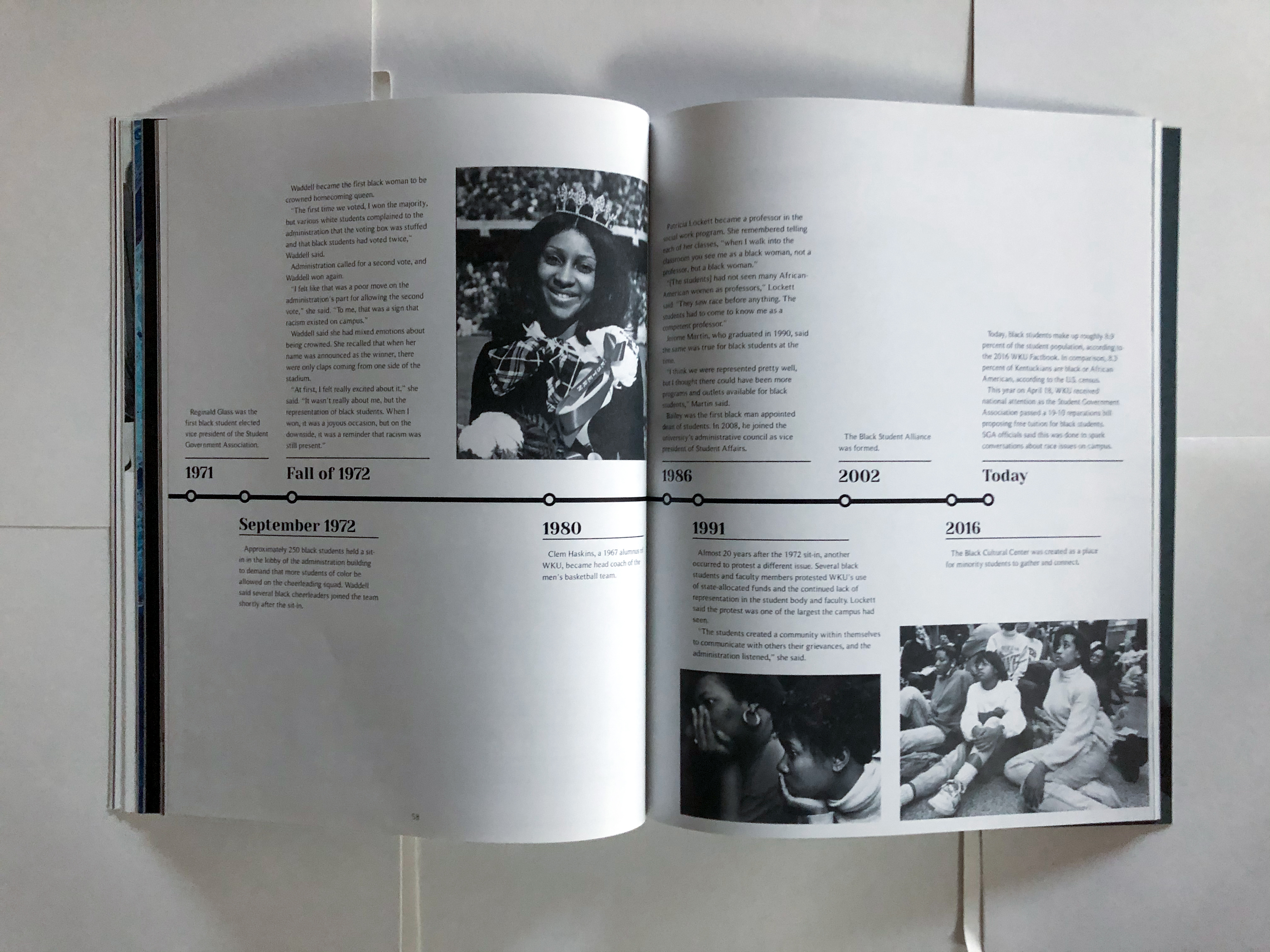 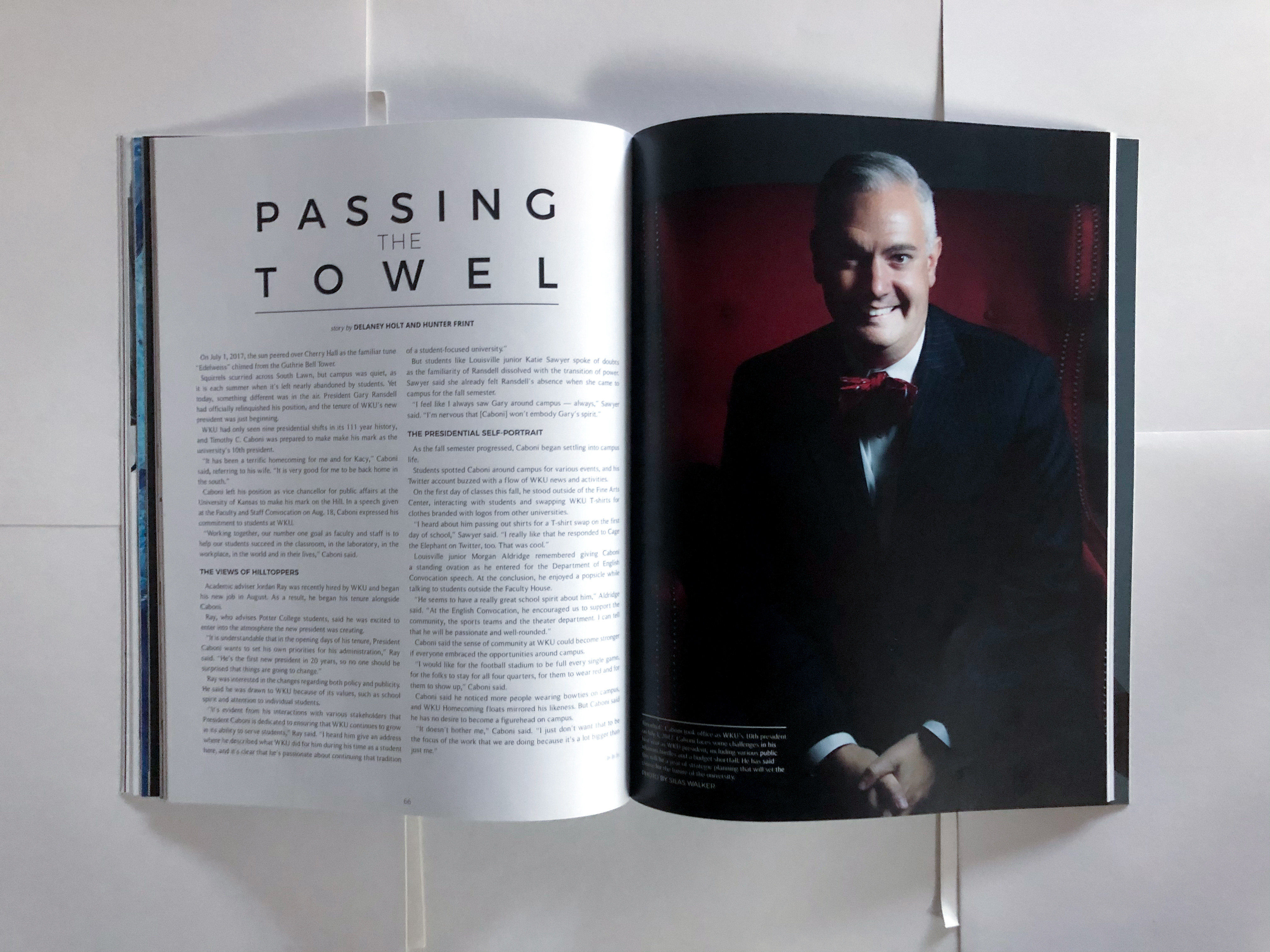 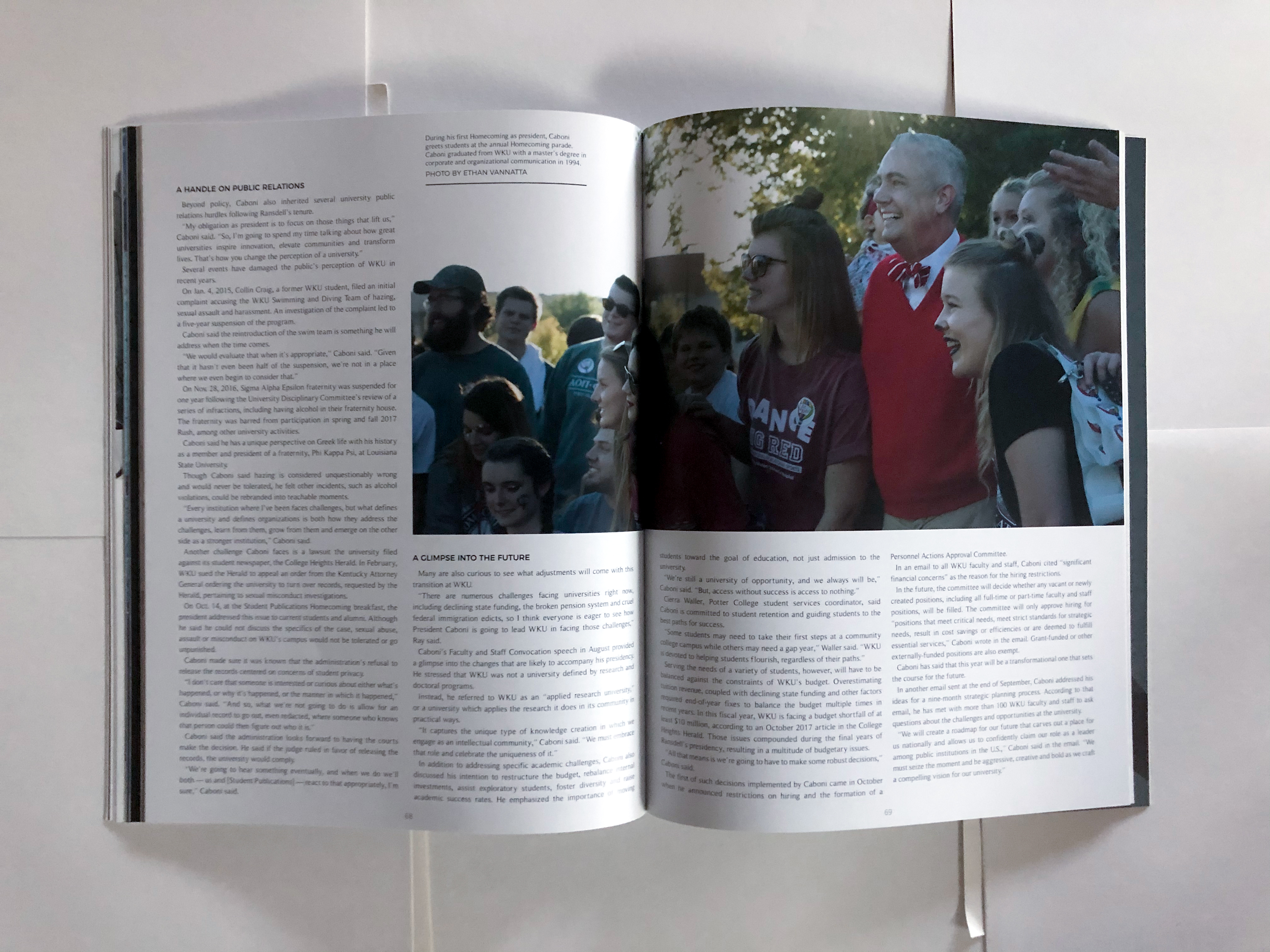 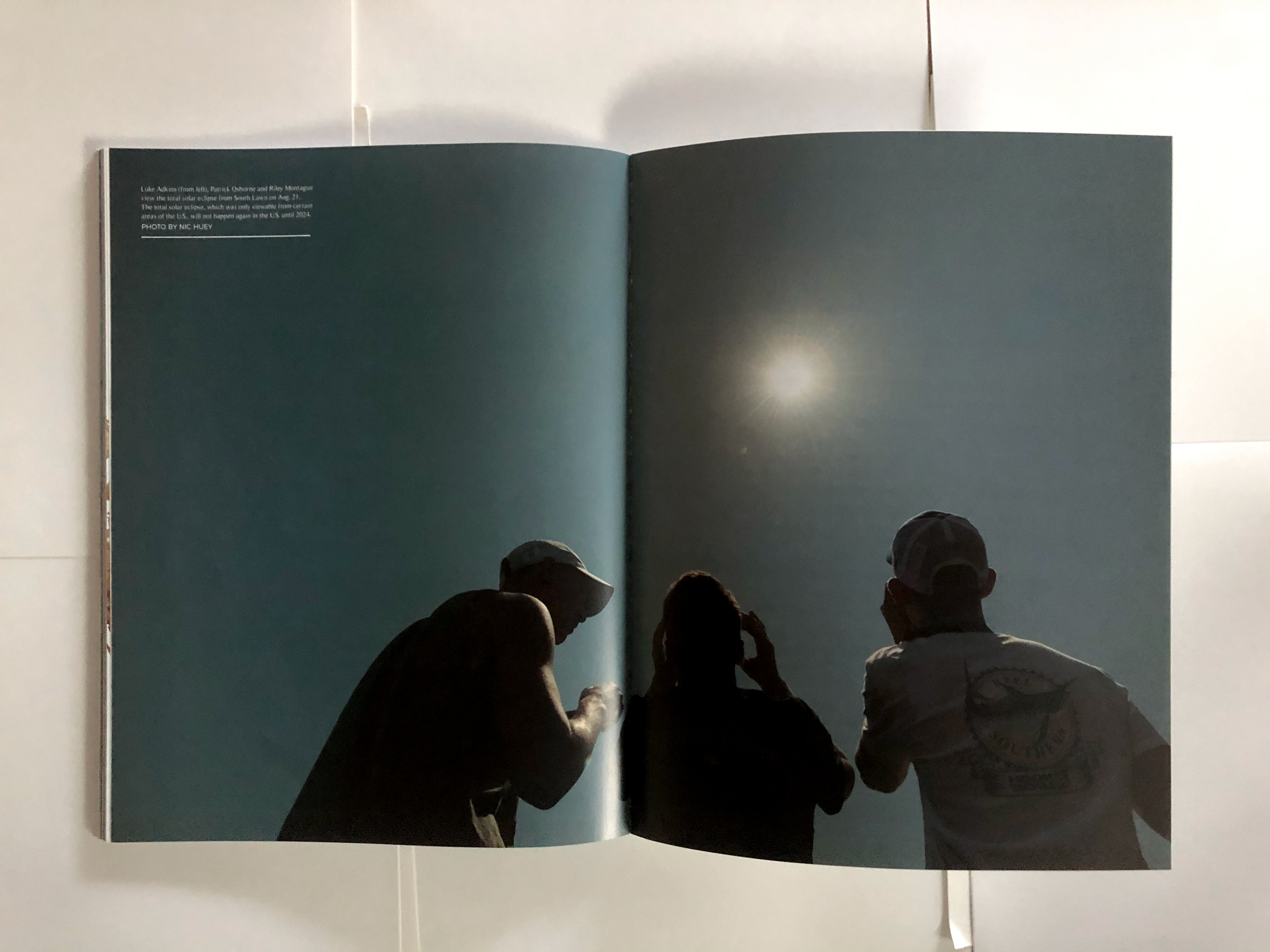